AFP Iron Mania continues, with a close look and write-up of this custom-built Iron Man armory by Thor-El.

One of the things I’ve always loved about Iron Man are the specialty armors he develops. And because of that, unlike the many strange and useless “Knight Dive Batman” or “Space Slider Spider-Man” figures that might get made, having lots of different Iron Men populating your shelves always looks awesome. And while Iron Man isn’t my favorite character (that honor belongs to Thor), I really enjoy buying and setting up little armories of him.

I’ve always liked the way Bob Layton always drew the Armory as a series of stacked chambers, so that’s basically what I wanted to echo here. Using circular figure stand and figure tubes from CollectingWarehouse.com, I tried my best to set up something similar. And while not as visually awesome as Waiting’s amazing Armory, I like the way it turned out.

Aside from the aforementioned stands and tubes, I used the main bridge section from a Star Trek Enterprise Archer figure, the display screen, and tactical boards from a movie Star Trek Bridge set, and two chairs and consuls from two movie Star Trek figures. I also used LED tap-lights I purchased from Lowe’s for other things, but worked nicely here. The floor is made from simple shelf liner that looks like it could be metal floor grating of some kind. Finally, I’ve been steadily trying to add roughly 1:18th scale stuff I find or get from other figures (G.I.Joe, Star Wars, etc). Several stands from Transformers Titanium figures as well as the “Stark” battle stands from the ML Face-Off two-packs and a blasted-out ML wall accessory round it out.

It’s an ongoing work-in-progress as I always try to make it look better and add things I think go with it. I had at one time planned on putting it into an enclosed cube kind of like Waiting’s, but it ended up being far too crowded, so that got nixed.

I hope everyone enjoys seeing it, and thanks a lot for having a look! 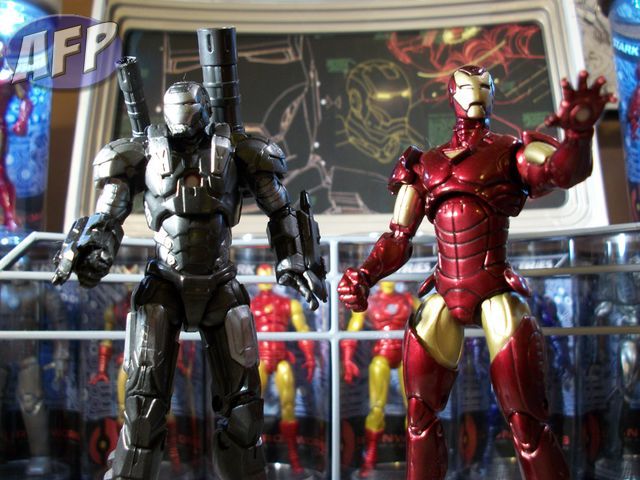