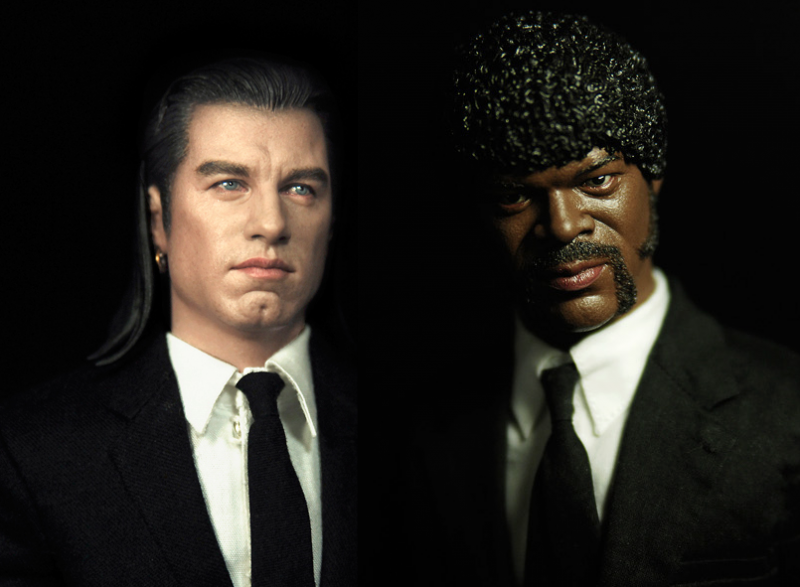 Pulp Fiction 1/6 Scale Jules and Vincent by Rainman – I really can’t get over the head sculpts and paint job that nail the Samuel L. Jackson and John Travolta likenesses – this set comes with the suits, weapons, the “dork” outfits they wore after they got brains on themselves, and even the Big Kahuna Burger drink and Jules’ Bad Mother Fucker wallet… and more! – must be seen to be believed – ends Sep 03, 2013 22:30:23 PDT 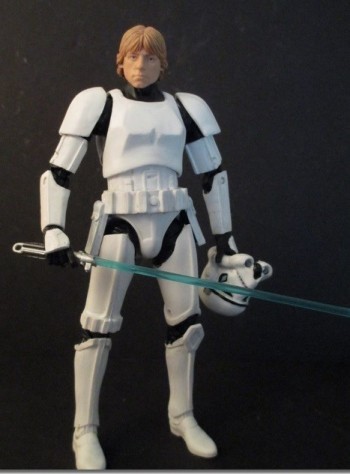 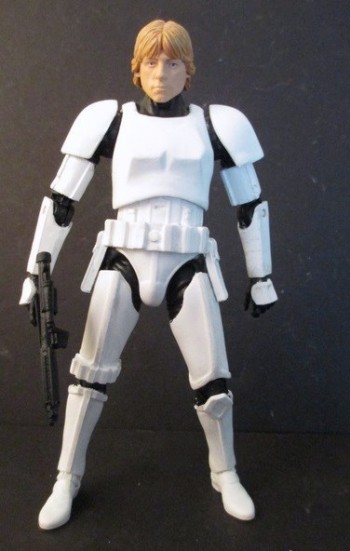 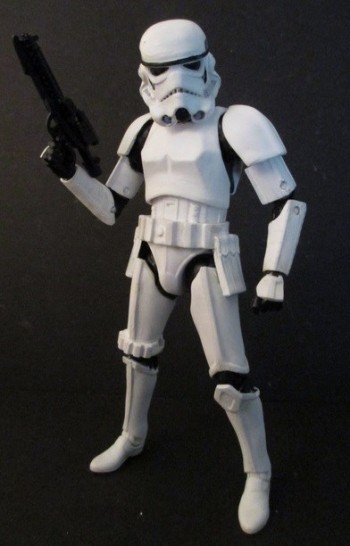 Star Wars Black Series Stormtrooper Luke Skywalker by Kimota – I wouldn’t be surprised if Hasbro plans this and a Han Solo Stormtrooper as variants for the Stormtrooper coming in the 3rd wave of the Black Series, maybe even as chase figures – Kimota goes the extra mile here and repaints the trooper to clean him up from his romp in the deserts of Tatooine – ends Sep 05, 2013 15:30:37 PDT

Transformers Masterpiece Soundwave by ThyVipera – we saw frenzyrumble’s Soundwave last week, and I imagine we’ll be seeing more as the Transformers customizers out there find him at retail – this version is painted to match the cartoon and includes an Energon cube, but only comes with Laserbeak – ends Sep 08, 2013 17:25:19 PDT