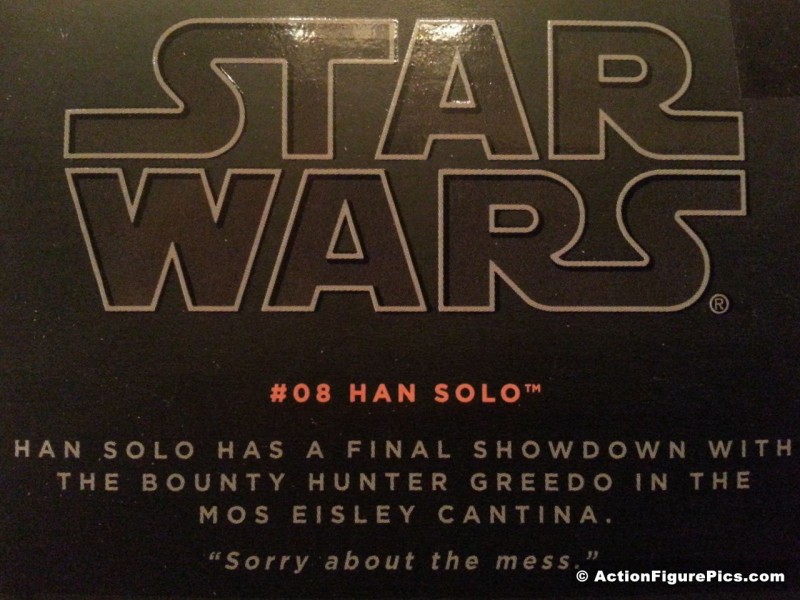 Had a rough night (NYC taxi cab drove off with our luggage) but Hasbro eased some of our hurt by giving us an early look at the Star Wars Black Series 6-inch Han Solo as part of their goodie bag for the Hasbro “Night Before” party. Between calls to the NYC TLC (the organization that licenses the taxis), the cab company, and the NYPD, I snapped a couple of quick shots.

Han is part of wave 2, which is due in late November. You can pre-order the Star Wars Black Series Han Solo and the other figures from wave 2 from Amazon.com.