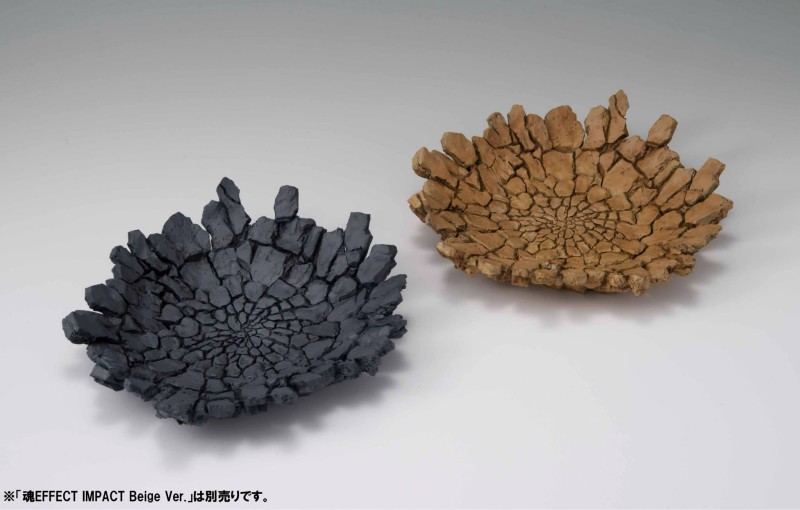 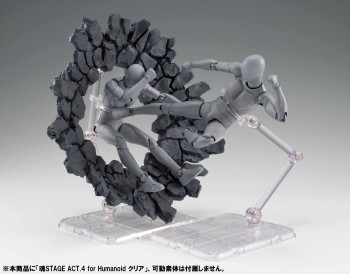 Speaking of Bandai, a couple weeks ago, I was intrigued by these effect pieces that they teased on their Facebook page. Now they’ve revealed the official plans for them. Coming out in 2Q next year, these will work with Bandai’s stands and will be part of a series of effects compatible with action figures like S.H. Figuarts. For $17.99 these may be what you’re paying for an action figure at mass market retail (although you’re likely paying more), but they’ll certainly add a lot of character to your action figure displays.

I haven’t tried out any of the Bandai Tamashii Stage stands, but I’ve heard good things and will probably pick one up to give it a try, in advance of these effects pieces coming out next year. What do you think of these babies?

Tamashii Nations is proud to announce an all new series to be used in conjunction with advanced action figure lines and the Tamashii Stage display stand line. Ideal for enhancing battle scenes with extreme collateral damage caused by being kicked through walls, explosive impact, or massive power build up cratering effects, these extensive effect accessory sets will be initially available in two separately sold colors (Gray and Beige), and can be used with separately sold Tamashii STAGE support stands and action figure lines such as S.H.Figuarts to create extreme action sequences.