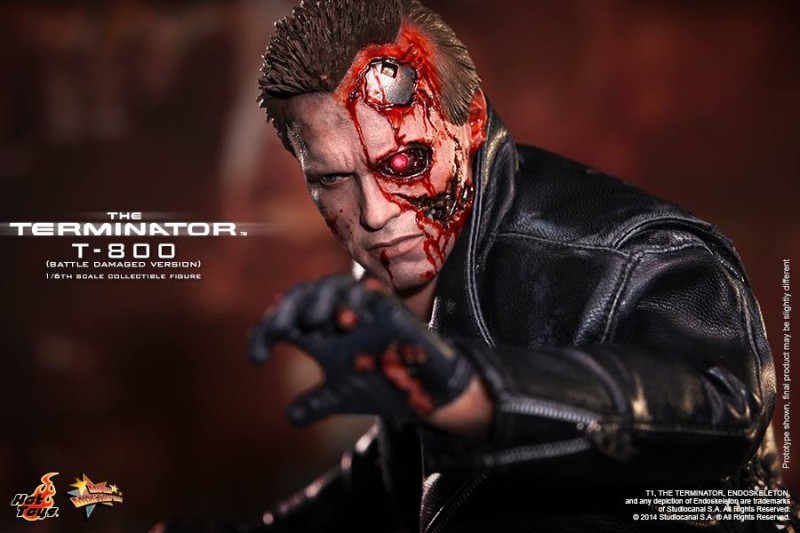 When Ahhnold uttered “I’ll be back” in the 1984 classic Terminator, you could tell it was destined to be his catchphrase for almost every movie he’s been in since – but I bet you never saw it coming that 30 years later, he’d be back as an action figure that you could use to recreate that scene, and most of the carnage that follows. Well, maybe you did.

I’ve lost count on how many different versions Hot Toys has released of Schwarzenegger as the Terminator, but I think it’s at least equal to the number of times he’s appeared as the Terminator on the big screen. This is at least the second from the original movie – the earlier Hot Toys T-800 has him in his disco garb from the start of the movie. If you’re only going to have one of them, I think this is the more definitive version, establishing the leather jacket and sunglasses as mainstays for the rest of the films.

You can pre-order the Hot Toys Terminator T-800 battle damaged version from Sideshow Collectibles for $229.

“I’ll be back”. Arnold Schwarzenegger’s iconic portrayal of the cyborg assassin in The Terminator has remained a forever classic in popular culture and among fans! Hot Toys is revisiting the motion picture that has started the Terminator saga by proudly presenting the 1/6th scale T-800 Battle Damaged Version Collectible Figure from The Terminator.