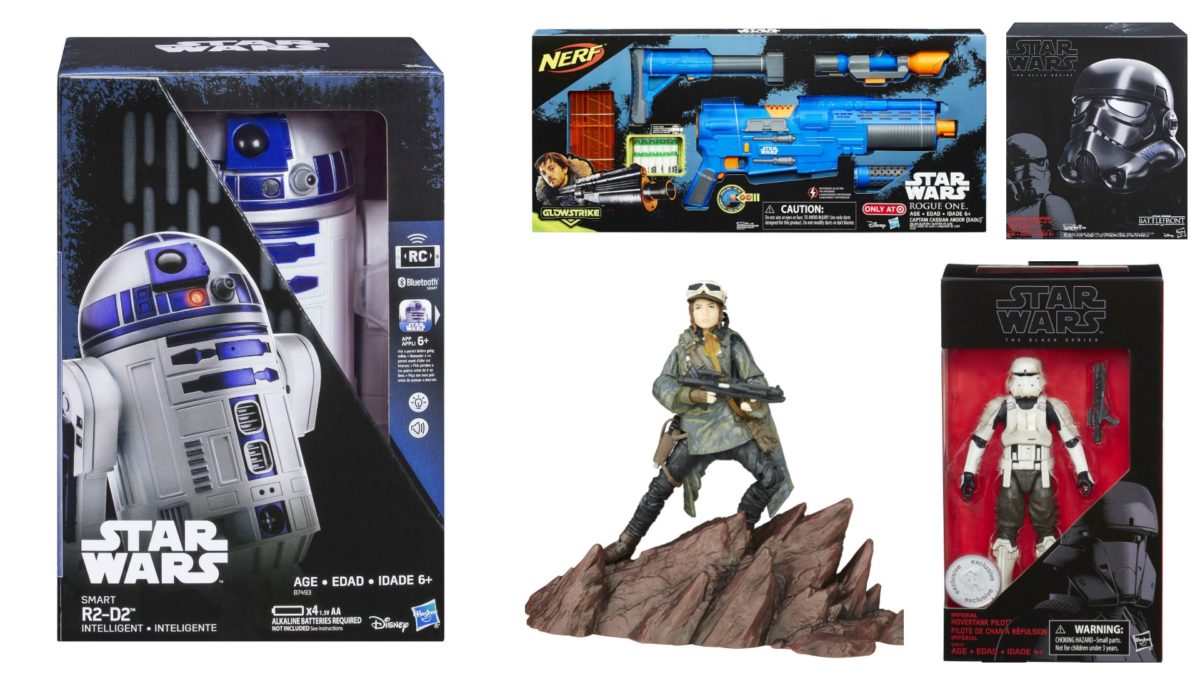 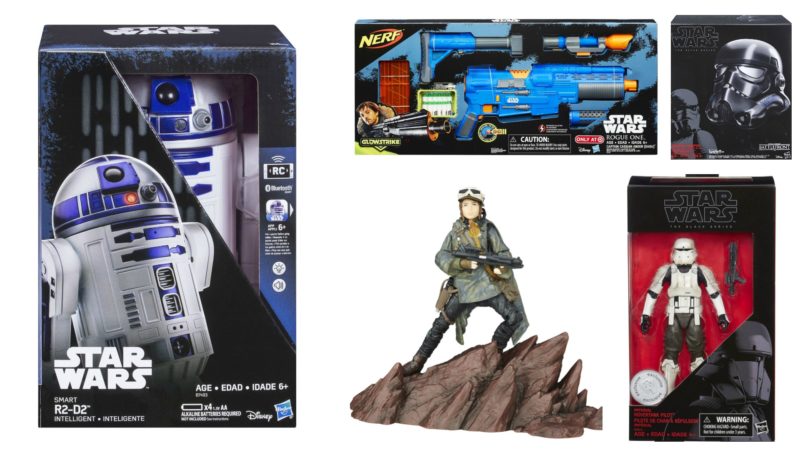 We’re a week away from Force Friday, and Hasbro has more retailer exclusives incoming. As you might expect, most are tied-in with Rogue One: A Star Wars Story, but a certain astromech droid is looking to remote control his way to your heart.

With the Star Wars Smart R2-D2, Hasbro is looking to capture some of the magic that Sphero did with its app-enabled BB-8 (http://amzn.to/2cMWhmE). While you won’t be able to pick up R2-D2 at Walmart until next week, you can preview the companion app for Android and iOS now. Now I just need an appropriately-sized C-3PO head for Artoo to drag around.

Bring home your very own astromech droid with this programmable and interactive R2-D2! Download the accompanying app to control R2-D2’s movements and actions. Listen as R2-D2 responds to your voice with expressive droid sound effects, and watch as R2-D2 shakes in fear of DARTH VADER. The SMART R2-D2 even recognizes music and dances along to the lyrics of your favorite songs. Requires 4 AA batteries, not included. App is available for free on iOS and Android devices. Available exclusively at Walmart.

A skilled warrior in the Rebel Alliance, JYN ERSO is on a mission to destroy the Death Star! This collectible 6-inch figure features extensive articulation and detail, including a new poncho and hat as seen in the film. Fans can connect an additional STAR WARS: THE BLACK SERIES figure with diorama base to create the ultimate collection. Each sold separately. Available exclusively at Kmart.

Disguise your voice like the shadow warrior from ROGUE ONE: A STAR WARS STORY! Intimidate the Rebel Alliance with mirrored lenses and an exclusive black SHADOW TROOPER deco. Press the button to activate voice-changing technology for several seconds, allowing for hands-free play! Requires 3 AAA batteries, not included. Available exclusively at Amazon.

Gear up for battle against the Galactic Empire with a customizable blaster for almost any mission! When the battle escalates, attach the scope, stock, or barrel for enhanced precision and targeting. Features exclusive blue deco and 6-dart clip with 12 glow-in-the-dark darts for nighttime operations. Available exclusively at Target.