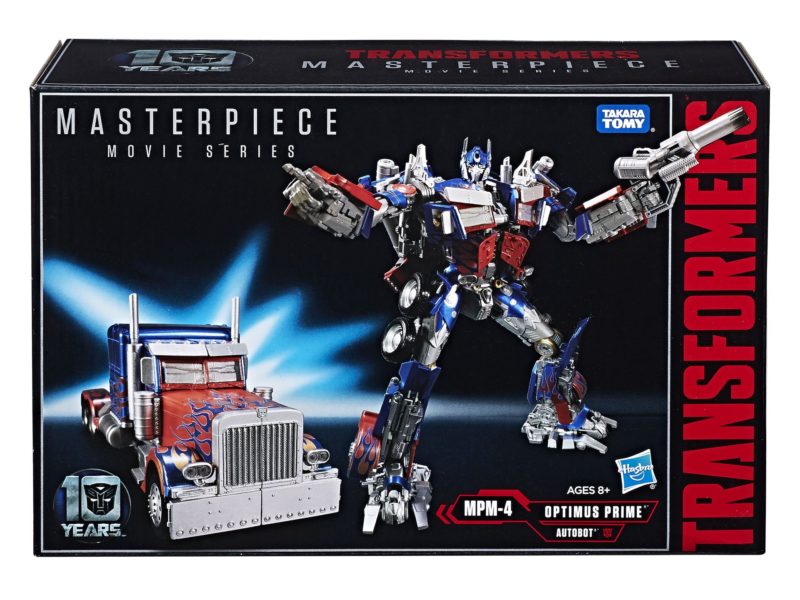 Get in the action with the latest figure from the MASTERPIECE MOVIE SERIES, the OPTIMUS PRIME MPM-4 figure! Co-created by Hasbro and Tomy, the figure is inspired by the iconic OPTIMUS PRIME character in the original 2007 TRANSFORMERS film and celebrates the 10th anniversary of the TRANSFORMERS movie franchise. Pay homage to the great AUTOBOT leader with all the detail you expect from a MASTERPIECE product, including die cast parts! The OPTIMUS PRIME MPM-4 figure converts from robot to classic truck mode and showcases Earth’s greatest protector with eye-catching detail, articulated fingers and an interchangeable mask – perfect for fans and collectors alike. The sleek, signature flame design is emblematic of his inextinguishable drive to fight for freedom. Converts in 43 steps and comes with a Matrix of Leadership accessory and other exciting weapon accessories.

Don’t worry, Optimus Prime fans! There’s precedent in the animated series for Optimus Prime doing a heel turn on his Autobot friends, before saving the day, once again. So I’m pretty sure we’ll see him make a heroic turnaround before the end of The Last Knight.

Because Michael Bay wouldn’t trample on our childhood memories again, would he? Would he?!