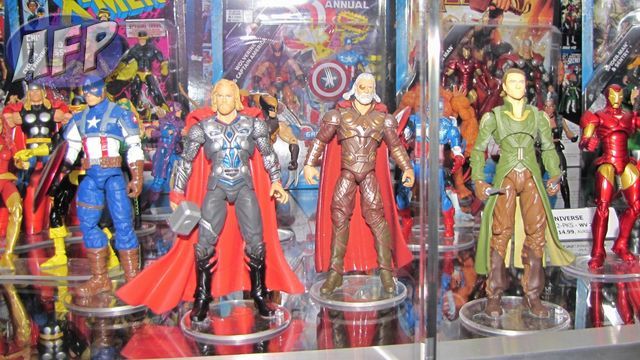 With paint still drying, Hasbro put out these prototypes from their upcoming Marvel movie lines on Sunday, the last day of San Diego Comic-Con. They showed Captain America, from Captain America: The First Avenger, and Thor, Odin, and Loki, from Thor. 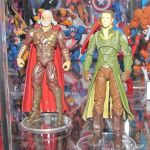 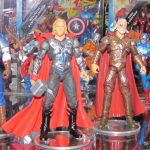 For 3.75-inch scaled figures, I thought the likenesses were particularly good on Thor, played by Chris Hemsworth, and Odin, played by Anthony Hopkins. I’m not familiar enough with the actor playing Loki, Tom Hiddleston, to judge, and Cap has somewhat of a generic face that doesn’t particularly evoke Chris Evans. Likenesses aside, all the figures have a great amount of detail and are decently articulated.