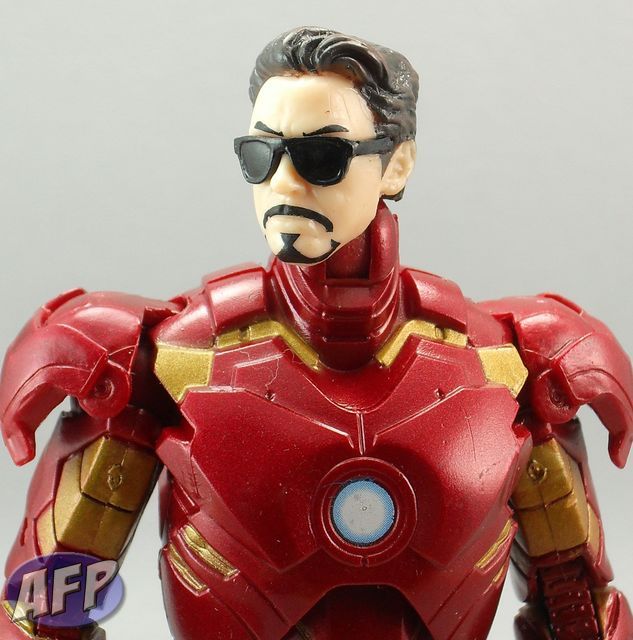 The new Wal-Mart exclusive Iron Man 2 Mark IV seems to be hitting pretty good now – well, except for my town… Luckily, my good buddy, Xavion2004 from over at the Fwoosh, found one for me in his town! So I thought I’d write a little follow up to Talyn’s Quick Pics of the Mark IV and snapped a boatload of pics.

The Mark IV comes equipped with 3 sets of interchangeable hands, 2 heads and one of those crappy little shooters that came with the first Iron Man Movie figures. Except for the upper torso, it’s the same body as the Mark VI. IMO, the red looks much better on this figure than the VI and I’m more partial to the overall look of this armor as it’s kind of close to Iron Man’s current armor in the comics.

The RD Jr head is a pretty close likeness but it’s a little on the pin-head side. The sunglasses are not removable, at least not without some effort. There are eyes sculpted under there if you wish to modify your Tony head as did super customizer, Raybot. The helmet head is very nice, the sculpted details are much sharper than on the Mk VI helmet. The Mk IV also has a great range of motion for the neck and head, possibly the best of all the 6 inch Iron Man Movie Figures.

If you’re wondering why there are no pics of the IV along side War Machine and the VI, well, I sent War Machine to Ron and my VI is a little deconstructed right now.

I do have a few nit-picks about the Mark IV. (Didn’t think I was gonna let the ‘Bro off that easy, did ya?) 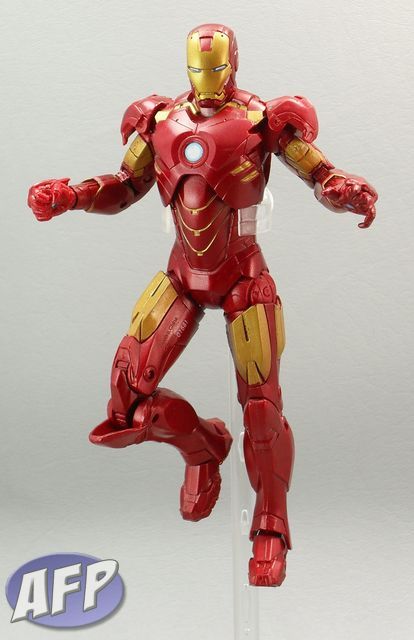 Even with my list of nits, overall the Mark IV is my favorite Iron Man figure yet. He’s fun to pose and, as you can probably tell from the amount of images here, I had a blast shooting pics of him. 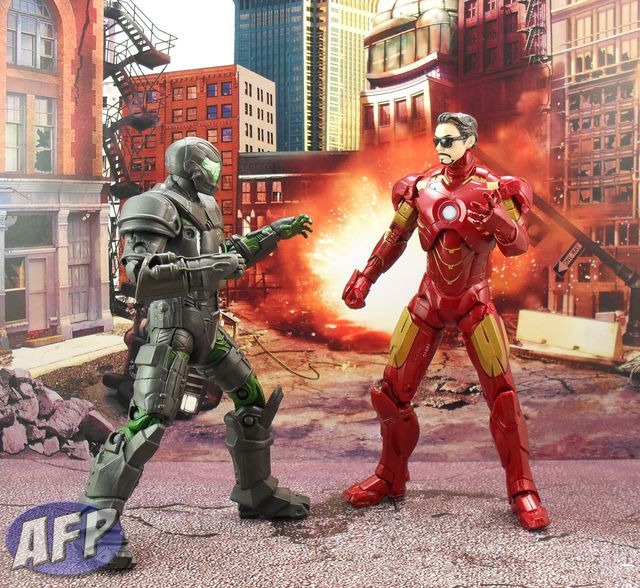