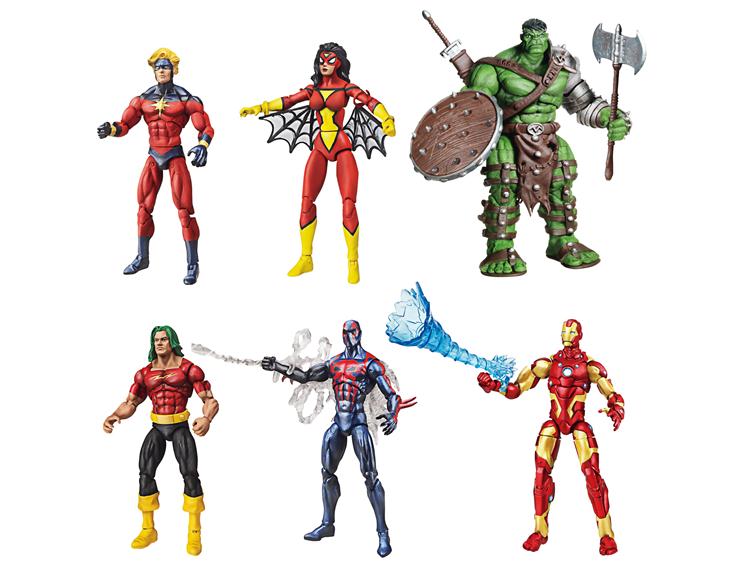 (Edit: Looks like I misread some Marvel sightings reports – this wave hasn’t been found at retail yet.)

If you prefer a sure thing like I do, you can pre-order a set, which includes Captain Marvel, Doc Samson, Iron Man, Planet Hulk, Spider-Man 2099, and Spider Woman, at some online retailers, like AFP sponsor Big Bad Toy Store.