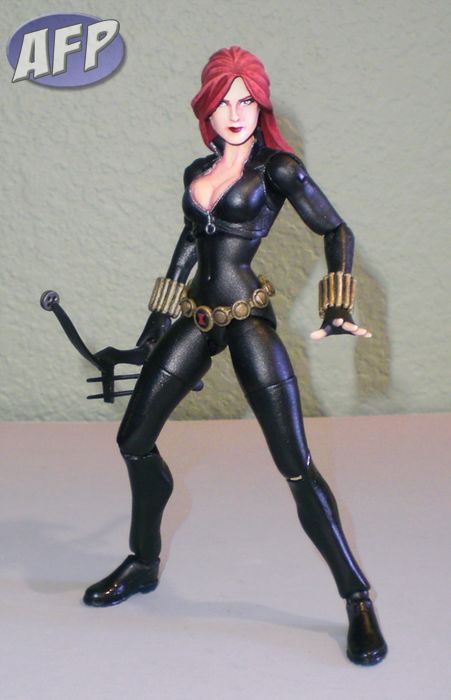 Welcome to a new and (hopefully) regular article here on AFP; Buzzy Fret’s Custom Radar. Ron has been kind enough to let me showcase my custom figures here on AFP and now I’m going to shine a spotlight on customs that come up on my radar when I’m checking out the custom galleries on the boards.

First up on the custom radar: Marvel Legends Style Black Widow by Strange Planet as shown on The Fwoosh.

The basic story here is Strange Planet is a big Black Widow fan and was a little underwhelmed by the recent Hasbro Marvel Legends version. Even more so when he discovered her ankle joint was busted in the package! So with a plan and a ton of possible fodder, which included an extremely rare Revoltech figure, he set out to make his ultimate (and 4th) custom Black Widow. 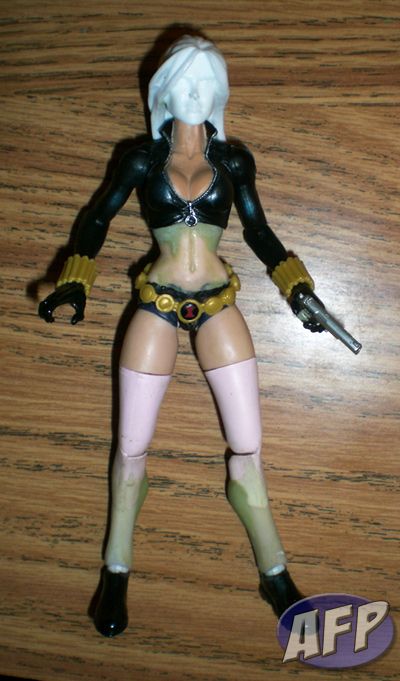 Although that was before I swapped the forearms and hands with Yoko’s. Yoko has a huge belt that needed to go, and big cowboy boots that also had to be ground down and removed. Then I built her calves back on. The torso from Yoko had to be built up to fit onto the upper torso of the new Widow.

And I don’t just like it because it’s so better articulated than the one from 2002, although that is a big part of it. I do love articulation and I actually like it more because of the merits of its construction and design. That’s why I like super-articulated toys: I just think all those moving parts so artfully put together is cooler. 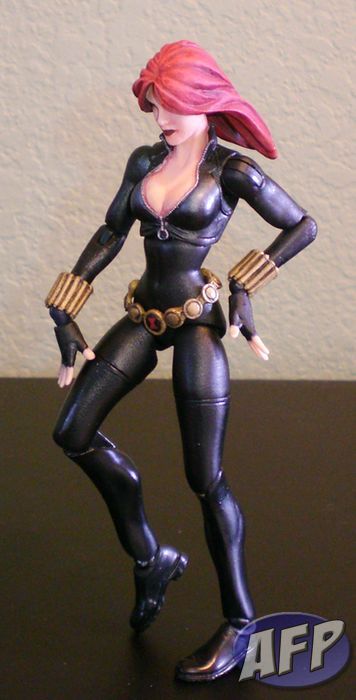 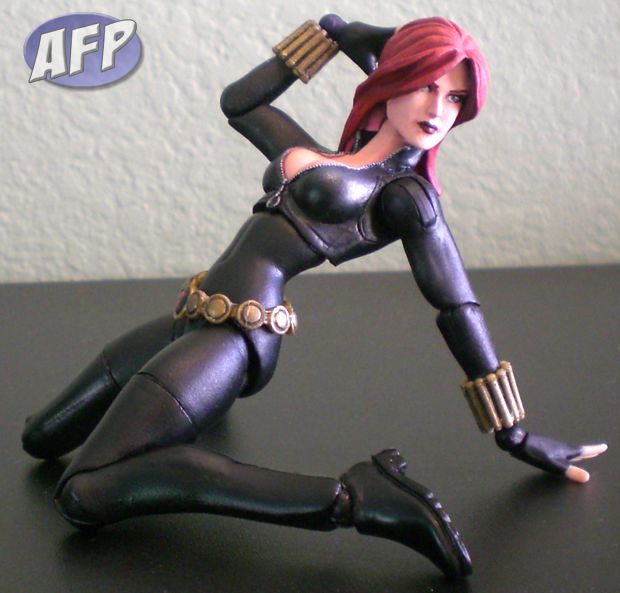 I love how this custom turned out, she looks hawt, fits in well with other MLs and has a huge set of hands and accessories to fit any display situation Strange Planet wishes to put her in. Quite inspiring.

Thanx for checking out the first installment of Custom Radar!