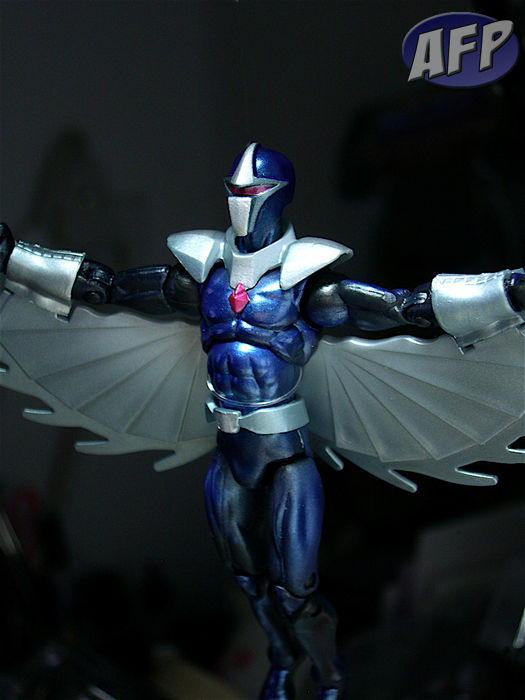 Hello! Yes, I’m still around! I know I haven’t checked in lately, but having snagged some Marvel Universe figs I felt I had to find time to take some pics! The latest wave, 2011 Wave 4, has some great figures in it, so great it had me taking pics again!

Darkhawk takes the first swing, and since time is tight, I’ll just shower a couple of comments around! Onto the pics! 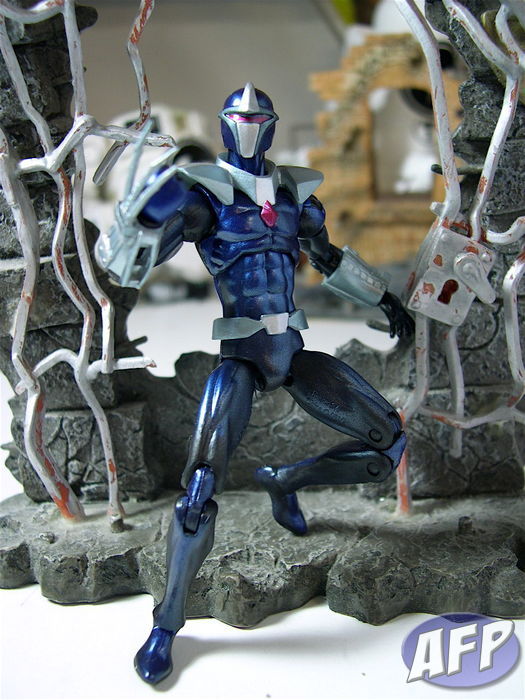 First up, the packaging artwork and his bio: 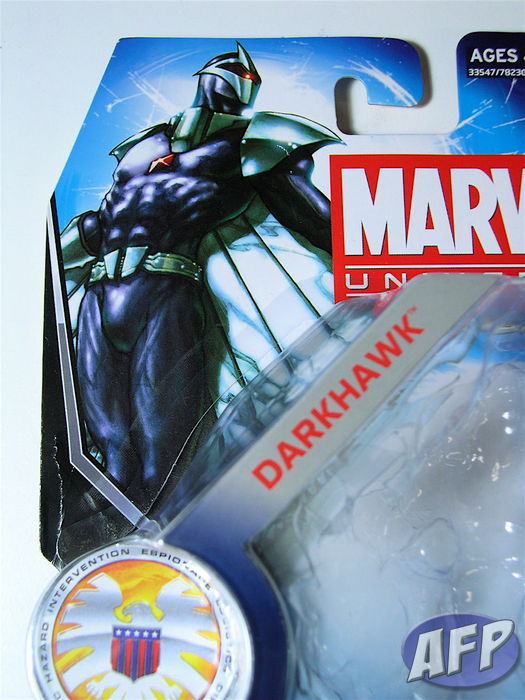 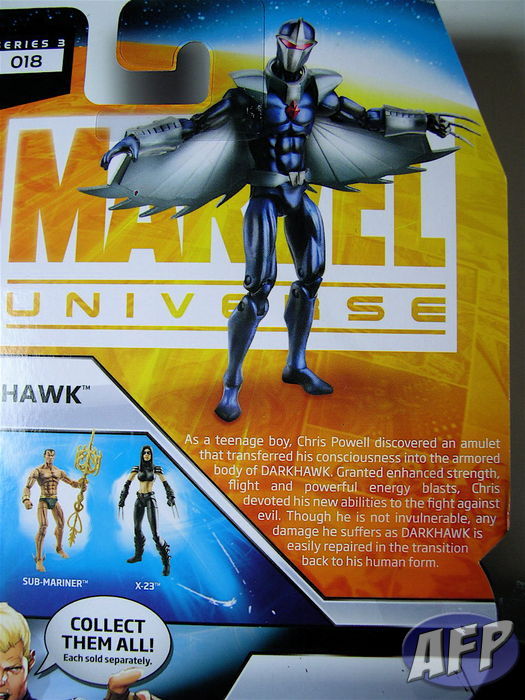 Darkhawk uses the older slim MU body, and while I’m not too fond of that body, I think Hasbro has done a good job of adding on some costume details and applying some great paints to make Darkhawk look awesome. The whole shoulder/neck armor together with the belt and forearm armor kinda hide the body’s deficiencies, and the awesome headsculpt completes the package. 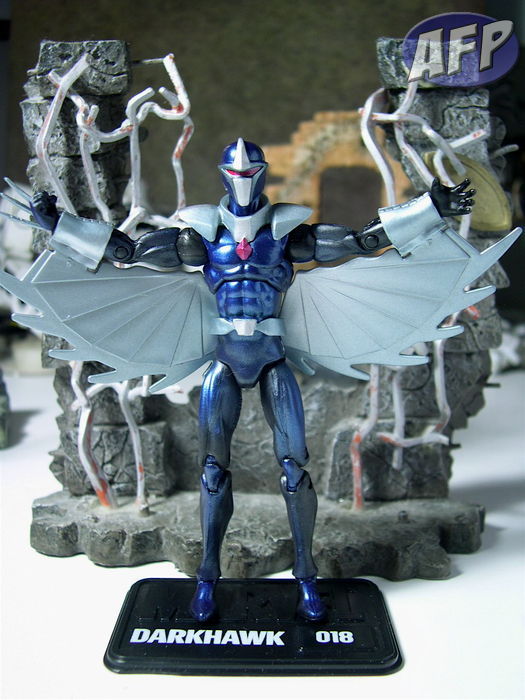 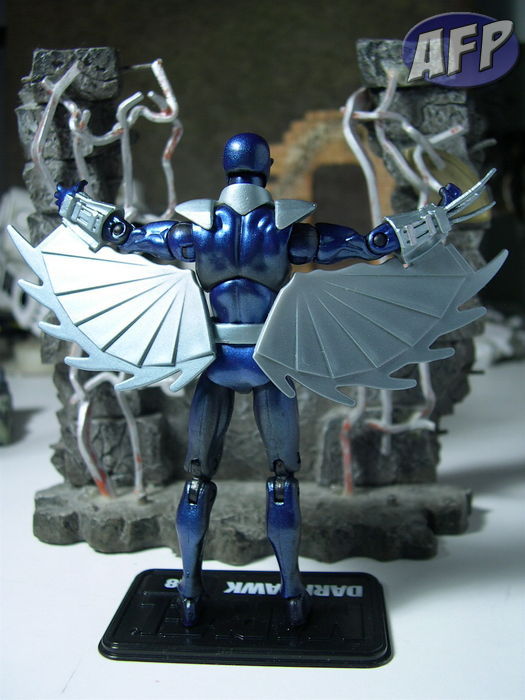 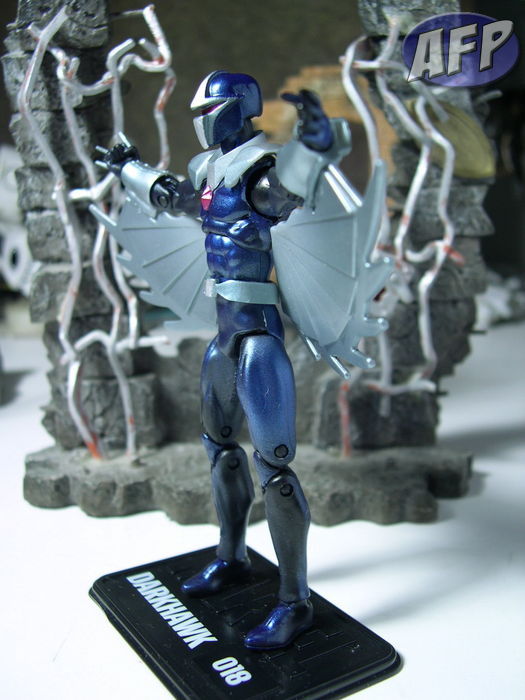 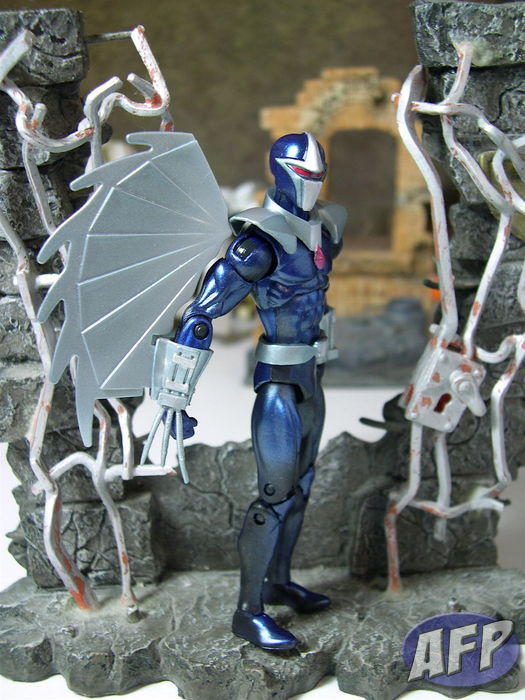 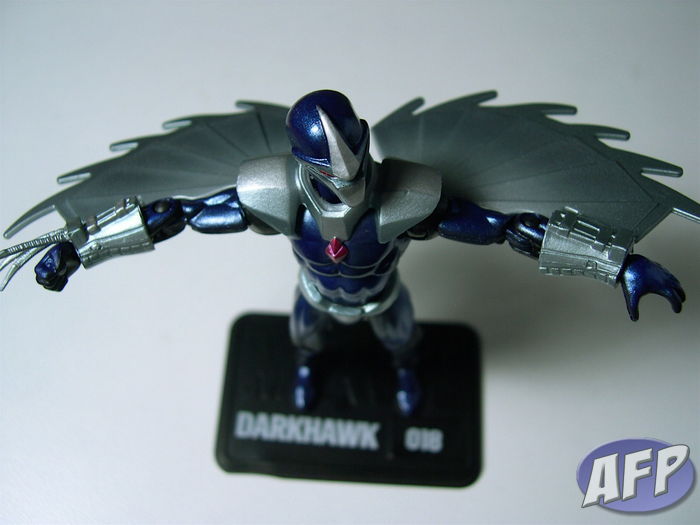 His wings are attached to his forearm armor and they do come off for the wingless look.

Darkhawk’s right forearm armor has three claws, which are not detachable. 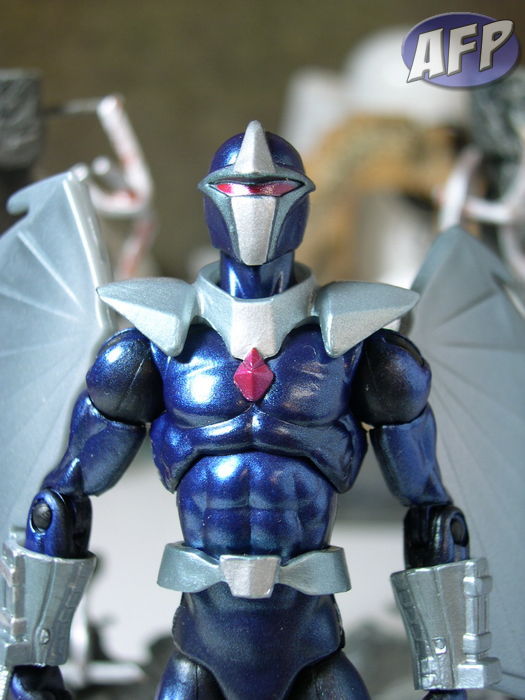 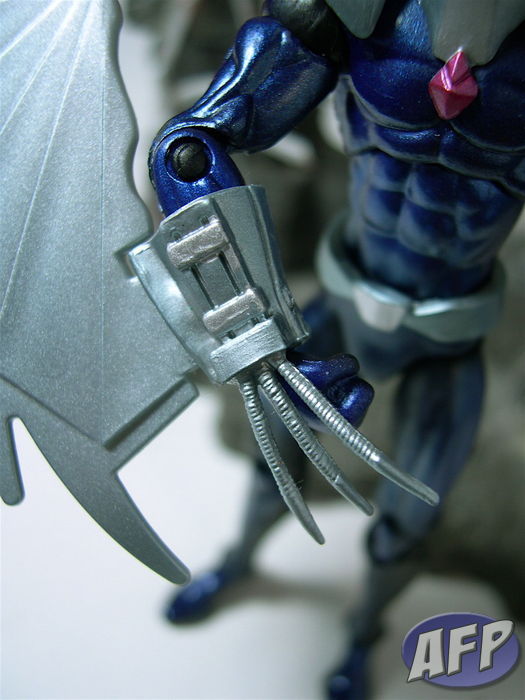 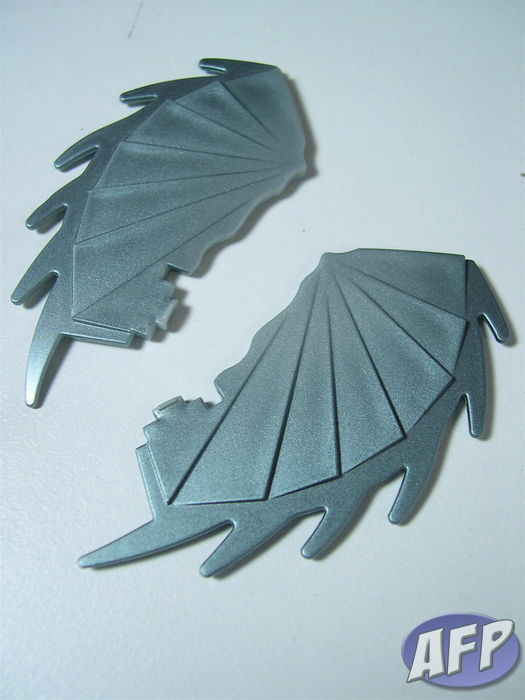 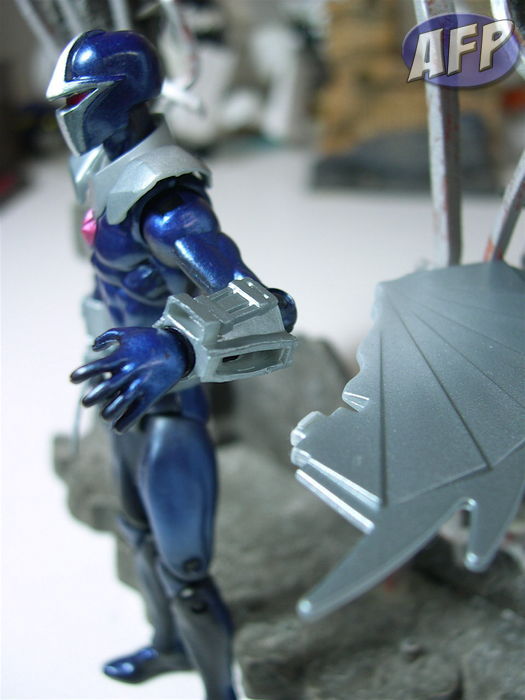 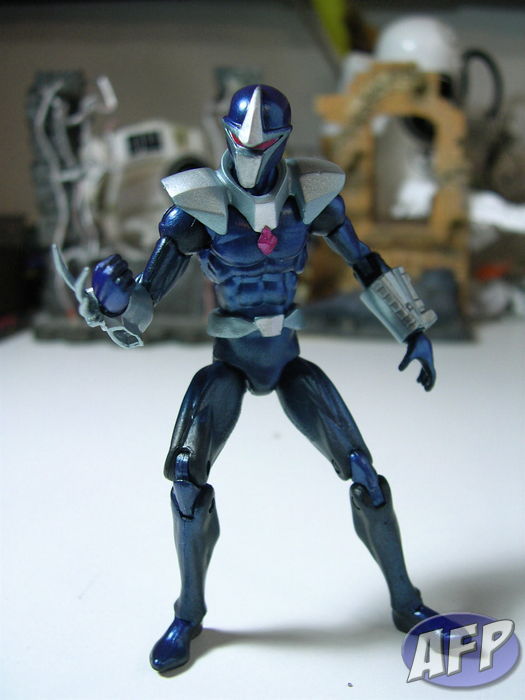 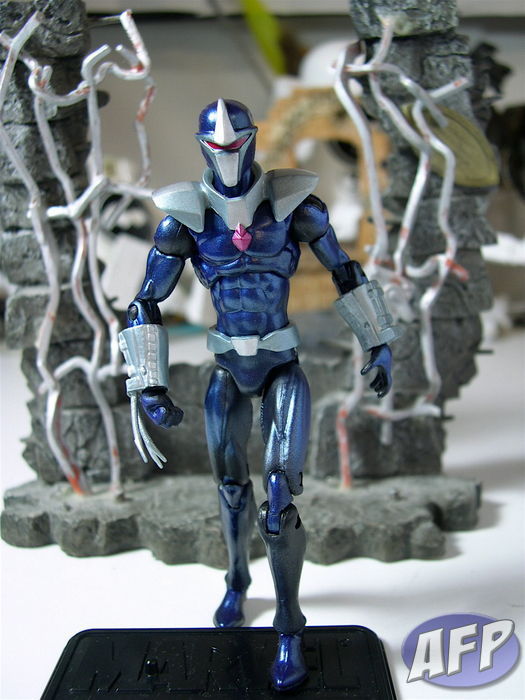 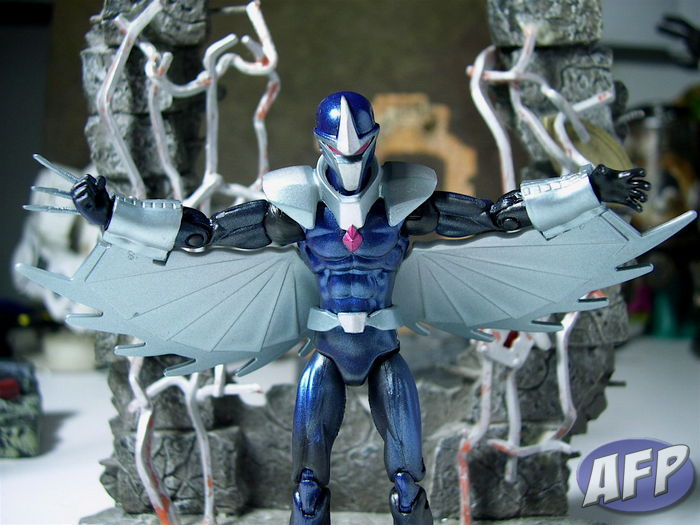 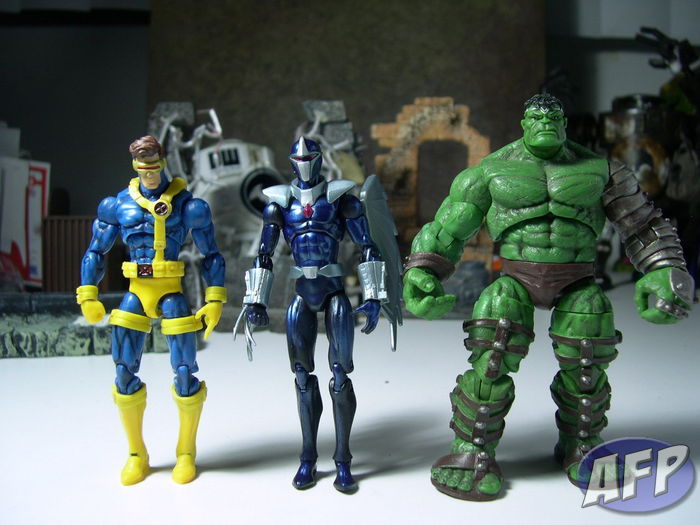 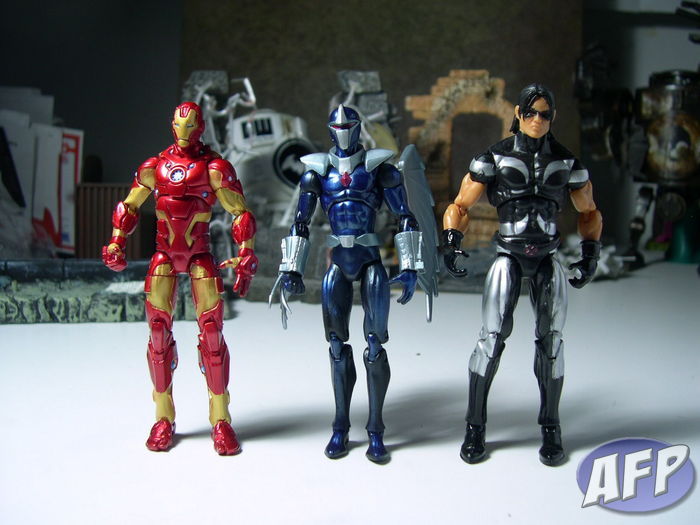 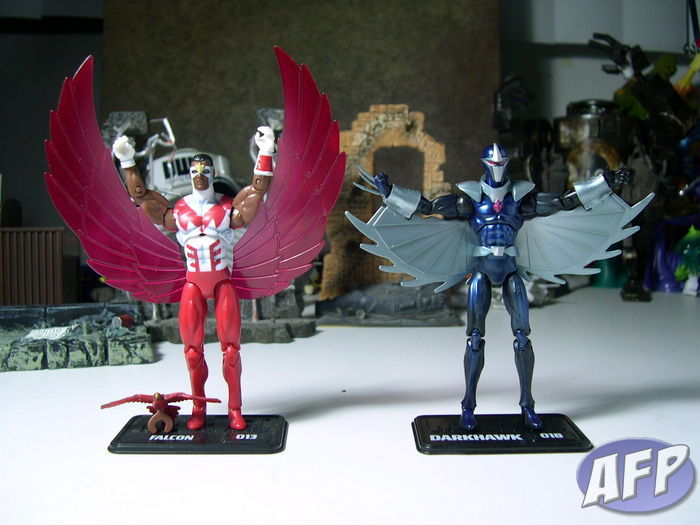 Sorely missed are upper leg swivels and a hinged neck, since he uses an older MU body. Flyers should be able to look up!

Still, he can pull off some cool poses! 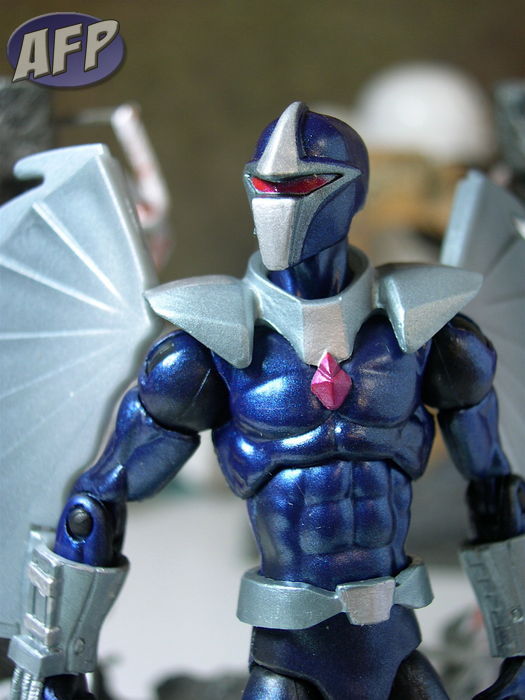 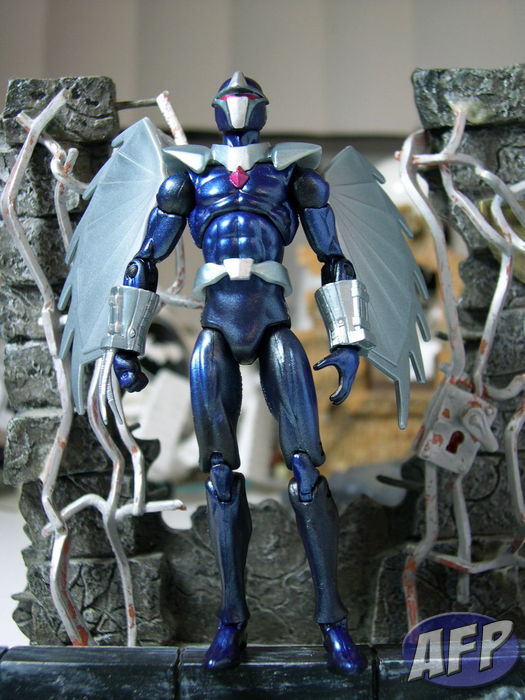 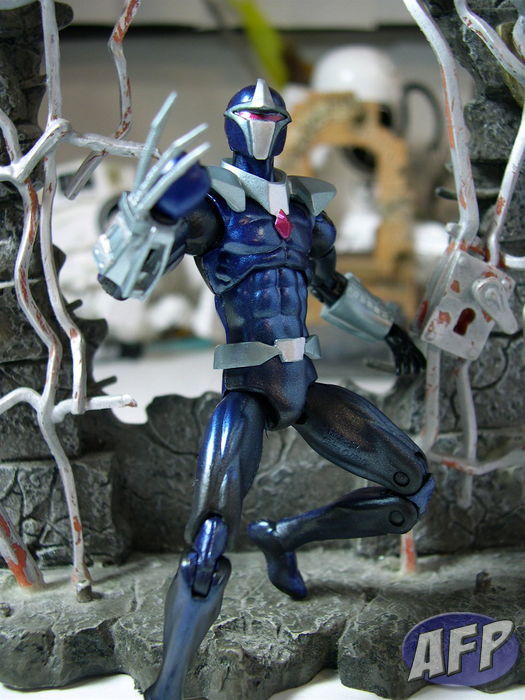 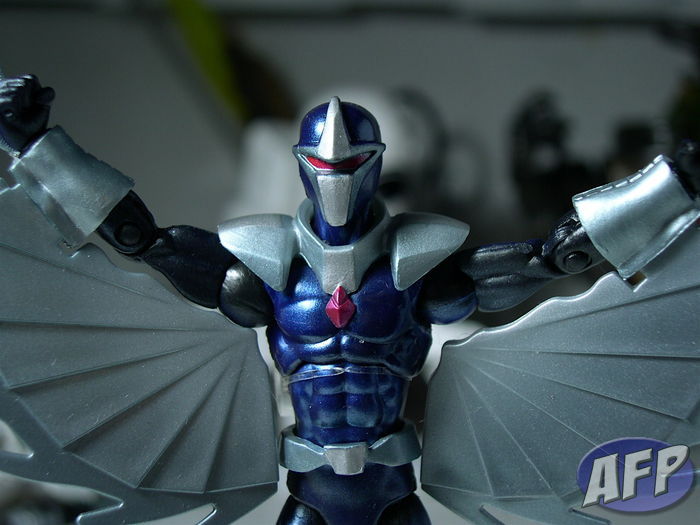 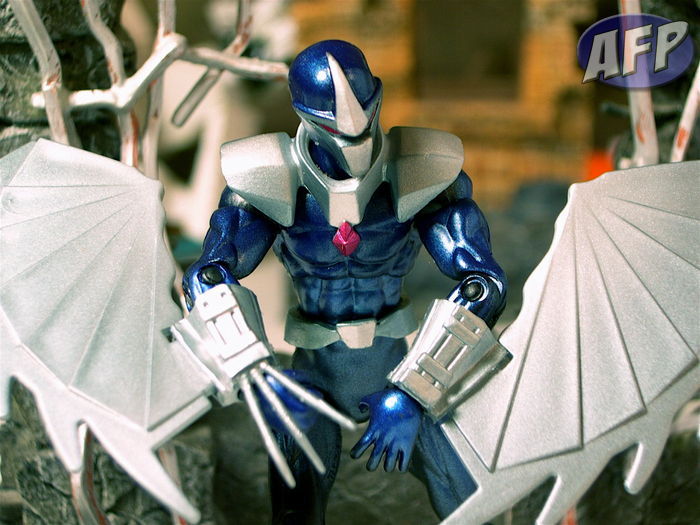 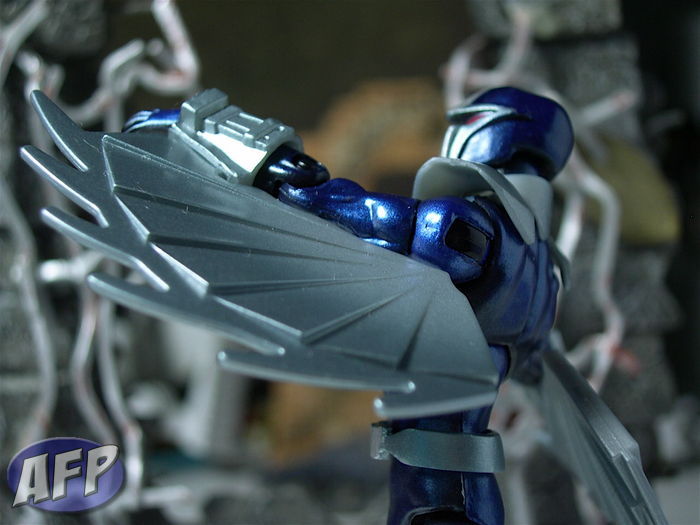 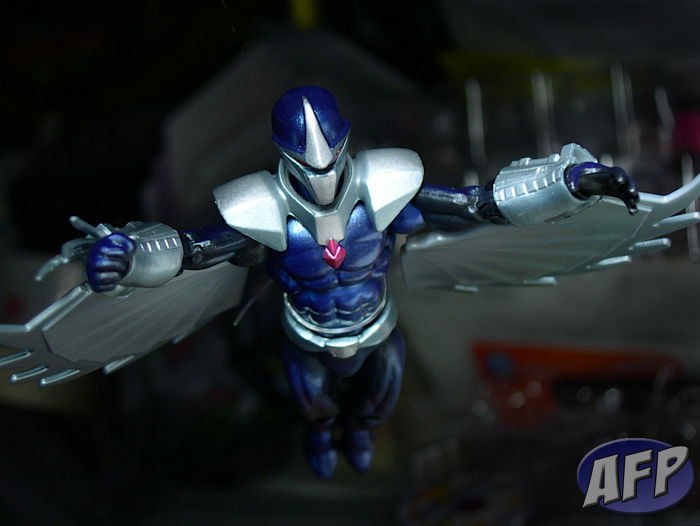 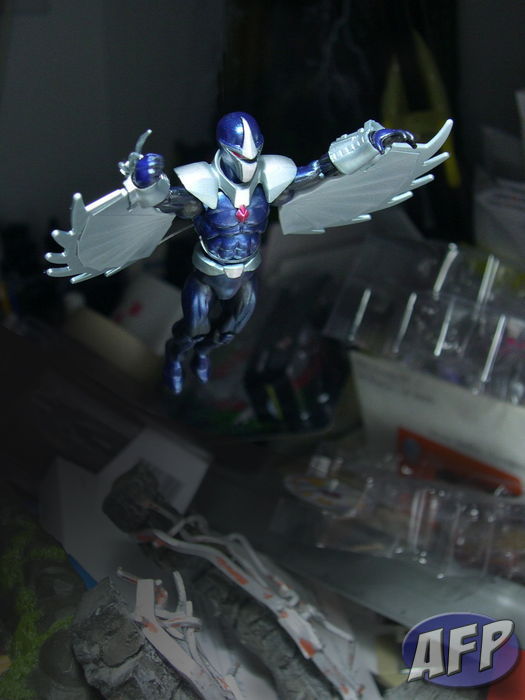 Darkhawk has been a special surprise for me. In a wave that included cool figures like X-23, Steve Rogers and an updated Namor, Darkhawk’s coolness earned him equal play time from me. I don’t know much about the character, but I think his MU figure turned out great!

That’s it for now, but come back next time for Namor, he’s got an appointment with my camera!

Thanks for looking and I hope y’all enjoyed the pics! 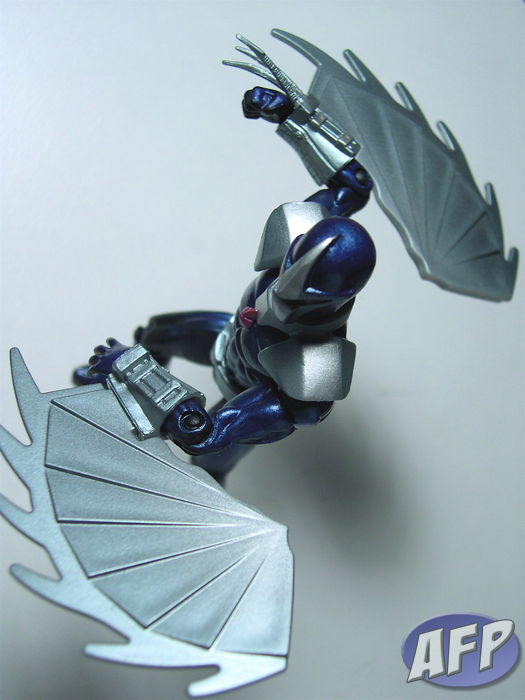