I’m still waiting for Bane, but Hot Toys continues to tease the upcoming Batman figure for The Dark Knight Rises. The good news is that they’ve redesigned the suit as a fabric with armor plating – this should avoid some of the reported problems with the earlier Batman DX, like oily leaks and corrosion. I’d think that another plus of the fabric suit would be better poseability. 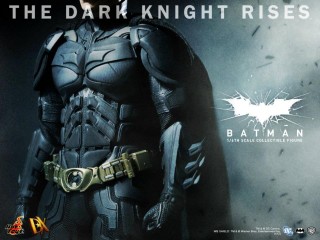 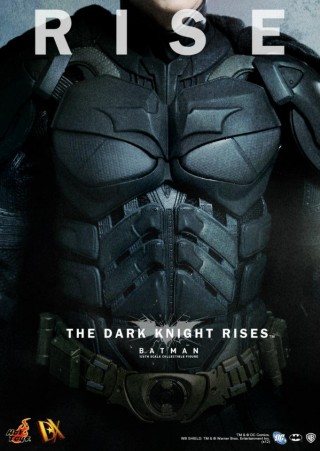 A great figure not only requires an accurate head sculpt, but also a full gear of outfit and accessories true to the original. After long development, we are excited to bring to fans our newly developed Batsuit of the DX Batman, featuring fabric costume with armor originally developed based on the costume design in The Dark Knight Rises movie!Batman fans, the most authentic Batman is arriving in the city very soon! Please stay tuned!

via TDKR – DX Batman is arriving in the city very soon!