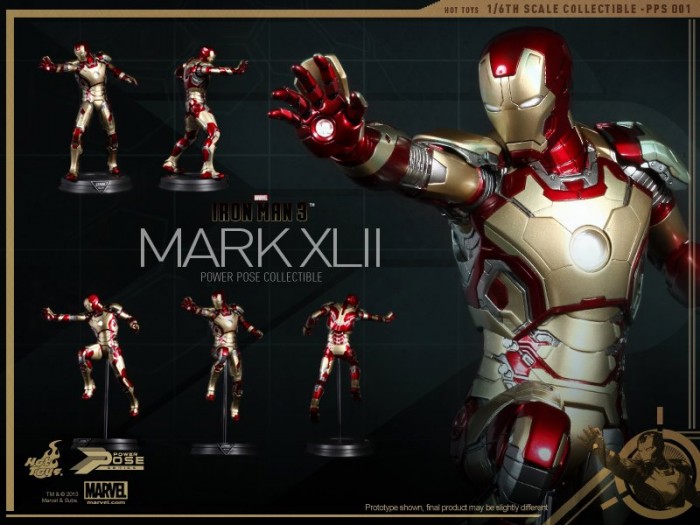 Hot Toys is expanding beyond its current line-up of high-end action figures with a new series of even higher-end diecast figures and a new premium format statue with interchangeable parts. Both announcements are centered on their various Iron Man brands – collectively the biggest performer for them.

Iron Man is a natural fit for diecast – with no specific product to launch it, I wonder just how much Play Imaginative’s announced diecast Iron Man (already available for pre-order from BBTS) is driving this move. Statues also seem a little out of Hot Toys’ wheelhouse, but you can’t fault them for looking for a bigger piece of the collectibles pie.

Hot Toys is going to present a series of 1/6th scale Diecast Collectibles ranging from Iron Man 1, 2 & 3 to The Avengers to fans worldwide! Fans, are you expecting a Diecast Iron Man Mark III, Super Drone (Whiplash Mark II) or any others?

A series of Diecast collectibles is coming soon! Stay tuned!

“I am Iron Man.” The Iron Man 3 movie is coming in just three months and it is time to activate the armor! In view of the high anticipation of the Mark XLII character, Hot Toys is thrilled to present the 1/6th scale Power Pose Mark XLII Collectible Figurine from the new Power Pose Series from the Iron Man 3 movie as the debut of the Series, highlighting the powerful poses performed, LED light-up functions and figure stand with Mark XLII and the Stark Industries nameplate.