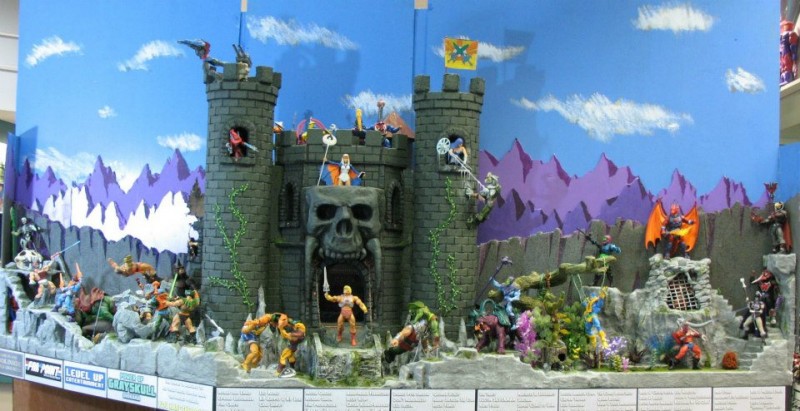 The guys at Farpoint Toys & Collectibles shared their out of this world Power of Grayskull Diorama with us. The display is in a 9.5 x 8 foot store window. It’s got over 40 Masters of the Universe Classics figures in it, and over a thousand bricks in its custom Castle Grayskull. It’s so incredible that I’d be willing to set foot in New Jersey just to see it. (Hey, I used to lived there, so I can joke about it!)

Visible from outside Level Up Entertainment, a video game store in Mays Landing, NJ, the diorama captures a massive battle between the Masters and the forces of Skeletor. I do have one gripe, though – there’s just no way that Fisto would have been able to punch out Jitsu like that. Just no way at all. 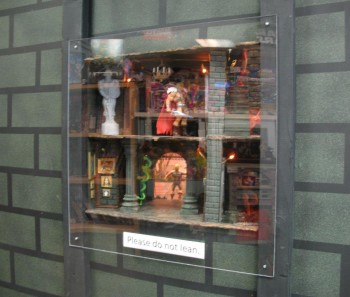 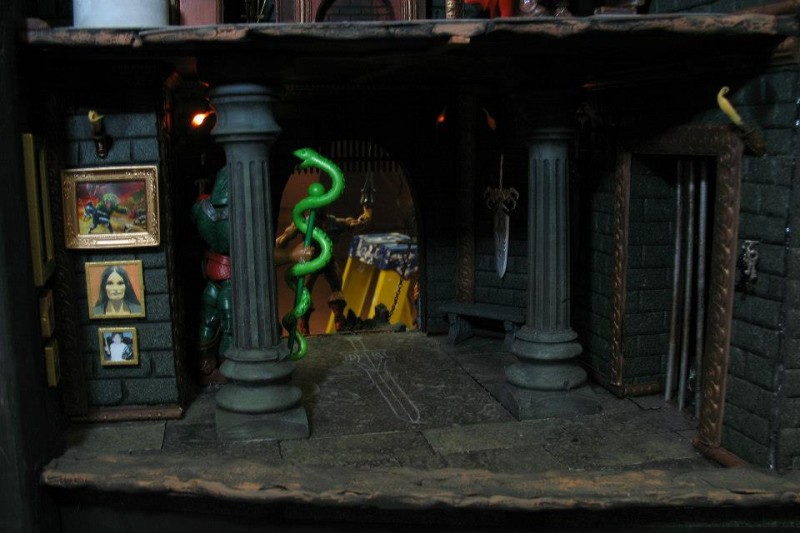 Walk inside the store, and you’ll find that the diorama even includes the inside of Castle Grayskull. It’s filled with so many little details that MOTU fans would surely appreciate.

There’s so much that Farpoint has a Power of Grayskull album for the diorama on the Farpoint Toys & Collectibles Facebook page with over 170 pictures in it. And if that’s not enough, be sure to check out their Behind-the-Scenes: Power of Grayskull Diorama – Pre-Production album with over 201 pics of the WIP. They have the power!