If you’re a fan of Masters of the Universe Classics, and of Battle Cat in particular, maybe this t-shirt is for you. Or maybe it’s for your significant other. Check out the Meowster of the Universe t-shirt by Charity Ryan –  just $12 and free shipping.

Oh man, just seeing this shirt makes me think, how cool would it have been if this were a real cartoon, right? Or maybe not this exact cartoon, but at least a cartoon from that era, you know, but with cats as characters? 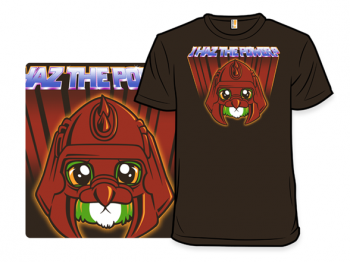 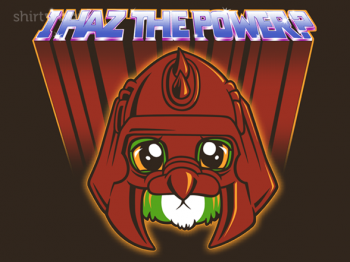 I’m thinking it would be a group of cats, or cat-like humanoids, who travel the universe having adventures and fighting evil mutant aliens or something. And they’d have a cool name, a name that let’s you know they’re cats. But it wouldn’t just be “The Cats.” You’d have to throw something else in there, like maybe a weather condition, especially one that is primarily auditory.

Like, The Hissing-Wind-Felines. Yeah! That’s what it would be called! I wish they’d made that cartoon!

via Meowster of the Universe.