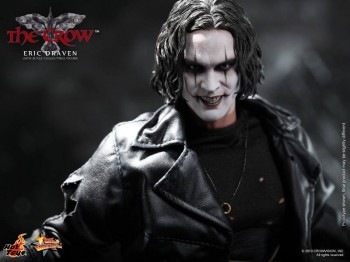 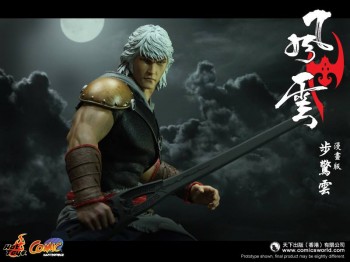 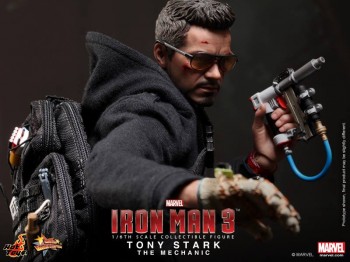 The enigmatic man is here.

Based on the book of the same name by James O’Barr, The Crow’s story follows Eric Draven, portrayed by Brandon Lee – son of the legendary Bruce Lee, who is revived from the dead to avenge his own murder as well as that of his fiancée by a gang of thugs. Hot Toys is proud to present the 1/6th scale Eric Draven Collectible Figure from this visually stunning and critically successful film.

The movie-accurate collectible is specially crafted based on the image of Brandon Lee as Eric Draven in the movie. It features newly developed head sculpt, highly detailed outfit, accessories and figure stand. 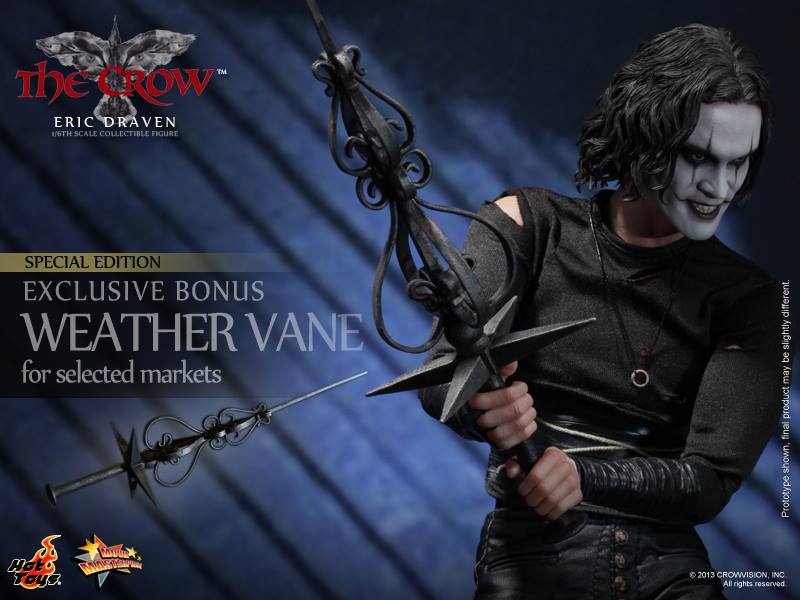 The Storm Riders, a martial arts comic created by Chinese comics artist, writer and publisher, Mr. Ma Wing Shing, has been published for 25 years in Hong Kong. Jonesky Limited has recently announced that this highly popular comic is entering its finale. To commemorate this comic’s milestone, Hot Toys is collaborating with Jonesky Limited to present the collectible figure of the fearless warrior – Cloud.

Tony Stark, the beloved hero and billionaire genius, faced some challenging issues in Iron Man 3. Terrorists badly injured his friend, destroyed his house, and kidnapped his girlfriend, but despite the downward spiral that he was in, Tony didn’t give up and was determined to take down The Mandarin.

Hot Toys is thrilled to introduce the Tony Stark (The Mechanic) Collectible Figurine after the exciting scene where Tony Stark creates homemade weapons to infiltrate The Mandarin’s mansion.

The movie-accurate Tony Stark (The Mechanic) Collectible Figurine is specially crafted based on the image of Robert Downey Jr. as the genius billionaire Tony Stark in his battle damaged civilian attire in the movie, highlighting the newly developed head sculpt, an advanced body with light-up chest light and greatly detailed weapons and accessories.
It is now open for pre-order. 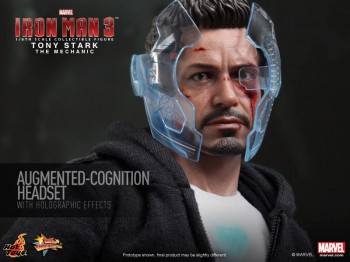 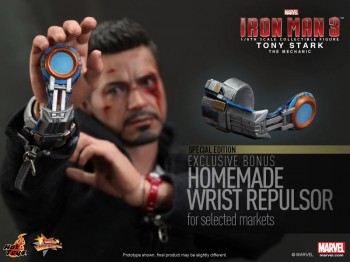 The bonus 1/6th scale Homemade Wrist Repulsor will be included for selected markets only.