The September issue of Previews is on its way, and it will include a new series of Marvel Minimates. Series 54(!) will feature Captain America, his allies, and enemies. You’ll have the opportunity to army build Hydra agents, as they’ll come with both Baron Strucker and the short-packed Madame Hydra. Also, gotta love that robot Red Skull – thank you, Arnim Zola! 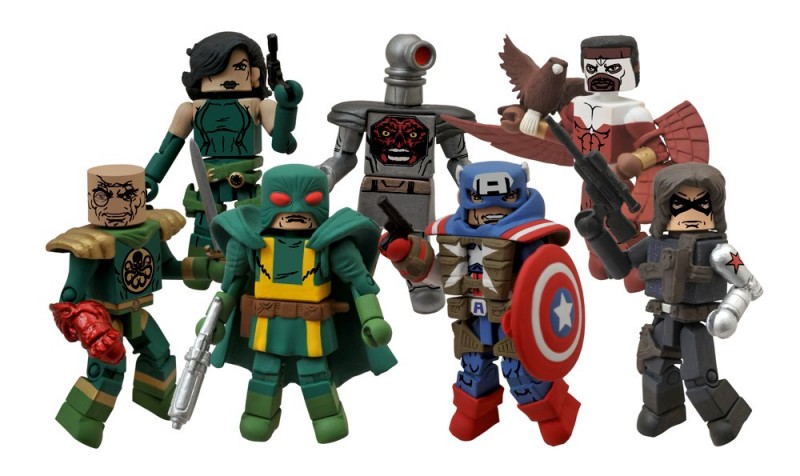 The new Captain America movie is on the way, but we couldn’t wait to pay tribute to the First Avenger with his own dedicated assortment of Minimates! Series 54 includes four different two-packs, including Fighting Chance Captain America and Robot Red Skull, The Winter Soldier and The Falcon, Baron Strucker and a Hydra Elite, and a short-packed variant set with a Hydra Elite and Madame Hydra! Each Minimate stands 2 inches tall and includes a variety of interchangeable parts and accessories. Designed and Sculpted by Art Asylum!