Bill has been on a tear lately, and is back with his latest action figure comic. When Alfred is “Taken,” Batman demonstrates that he has a very particular set of skills! Be sure to check out the rest of Bill’s work here at AFP and at Bill’s Comics.

END_OF_DOCUMENT_TOKEN_TO_BE_REPLACED

Banking on the success of Fox’s X-Men: Days of Future Past hit movie, Diamond Select Toys have announced a comics-based Marvel Minimates boxed set for San Diego Comic-Con, featuring Wolverine, Kitty Pryde, Mystique and a Sentinel. Great choices to tie in to the movie, but I don’t recall Mystique featuring prominently at all in the comic event – but then again she wasn’t being played by J-Law back then and like Wolverine, my memories can’t be trusted. DST is also making an accompanying comic book cover recreating Uncanny X-Men #141, available separately, featuring the Marvel Minimates in place of the comic book characters.

There usually are more Marvel Minimates exclusives during SDCC, and perhaps there are still more to come through DST’s distribution partners. DST also announced a Walking Dead Minimates set, a Sin City Marv exclusive figure, and more from Star Trek, Star Wars, Godzilla, and Jay and Silent Bob.  Just over a month to go. Are you getting excited yet for SDCC?

END_OF_DOCUMENT_TOKEN_TO_BE_REPLACED

With Cap coming up in two weeks, I’ve almost forgotten there’s another Marvel movie this summer that I’m super excited to see – Guardians of the Galaxy. Marvel has got a first look at the Marvel Minimates for the movie.

Gotta love what Diamond Select Toys and Art Asylum can do with these things – but I’m a little disappointed Rocket Raccoon is said to be non-poseable.

Exclusive First Look at Guardians of the Galaxy Minimates

Pre-order this new set from Diamond Select Toys based off the upcoming film!

One of the biggest movies of 2014 just got really small! The Marvel Minimates line from Diamond Select Toys and Art Asylum will introduce the Guardians of the Galaxy to the two-inch scale this summer, with a full assortment of characters from the highly anticipated feature film. 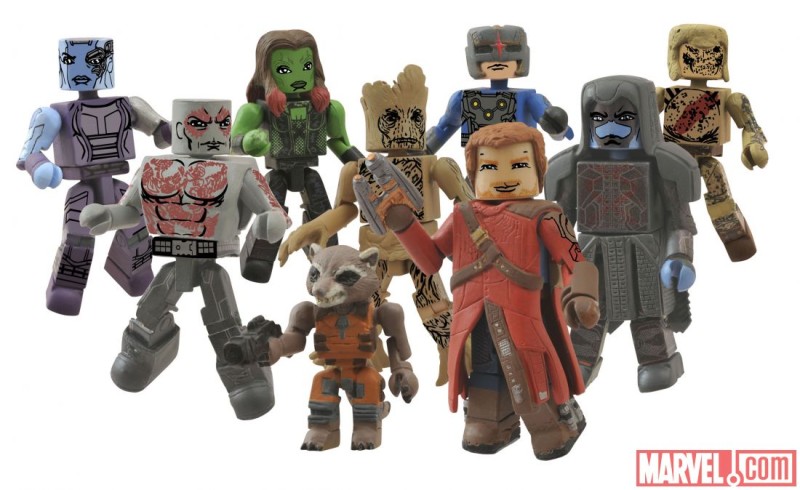 Anticipated to be in stores in time for the film’s August 1st premiere, the line will include four two-packs that will be available at comic shops and specialty stores. The two-packs will pair Star-Lord with Ronan the Accuser, Drax with Groot, Gamora with a Nova Corps Centurion and Nebula with a Sakaaran Trooper. Each two-inch, fully-poseable mini-figure features interchangeable parts and accessories, including a mask for Star-Lord, knives for Drax and a non-poseable micro-figure of Rocket to hang out with Groot!

via Exclusive First Look at Guardians of the Galaxy Minimates | News | Marvel.com. 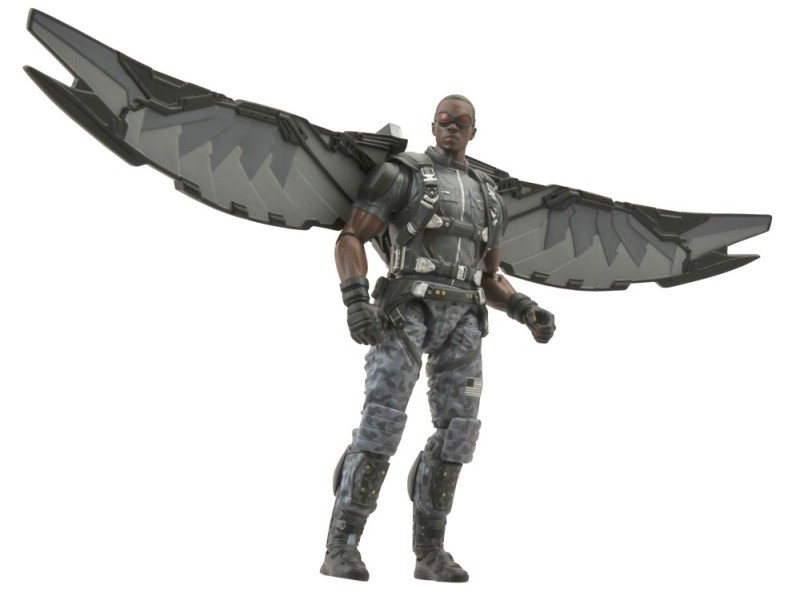 I guess with two weeks to go to the Winter Soldier, there’s going to be a lot of Cap news to report. Diamond Select Toys is next with Marvel Select and Marvel Minimates figures. They picked Falcon and the “Super Soldier” version of Cap for their Marvel Select line-up, and have a full wave of Minimates for the movie.

I’ve been trying to stay away from details about the movie, and if you’re doing the same, you might want to just look at the pictures but not read the last paragraph about the Minimates – it reveals some characters that will be in the movie that might be a pleasant surprise for comic book fans. Zut alors!

END_OF_DOCUMENT_TOKEN_TO_BE_REPLACED

It’s “When did I get so old?” time – Quentin Tarantino’s Pulp Fiction turns twenty this year. That’s twenty years since John Travolta’s career was revitalized so he could get out of movies like the Look Who’s Talking franchise and go on to star in fare like Michael (the angel movie) and Battlefield Earth. Ok, so maybe Pulp Fiction was more of a blip on his career path.

To capitalize on our nostalgia factor, two companies – Funko and Diamond Select Toys – have jumped onto the Pulp Fiction license, and are producing four separate action figure lines to capture our collector dollars.