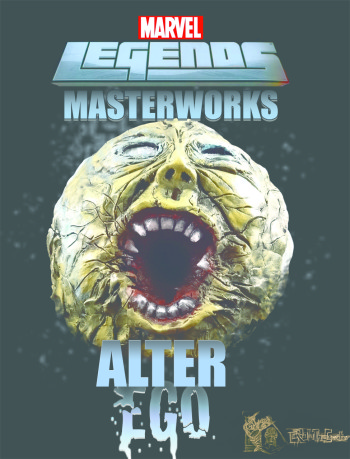 While on a mission to prevent Ego from causing more harm to the planet Earth’s solar system, Thor was confronted by the Stranger who encouraged the thunder god not to interfere with Ego’s destiny… Thor quickly came upon the Museum of the Elder of the Universe known as the Collector. After a brief scrimmage between the two powerful men Collector revealed to Thor Alter Ego, another “Living Planet,” was being held within a special chamber of the Museum. Also in the Museum was Zephyr, one time captive of the Collector, although now she is acting as his ally, and she blasted Thor into the Alter Ego’s dimensional prison, where he became the living planet’s next meal.