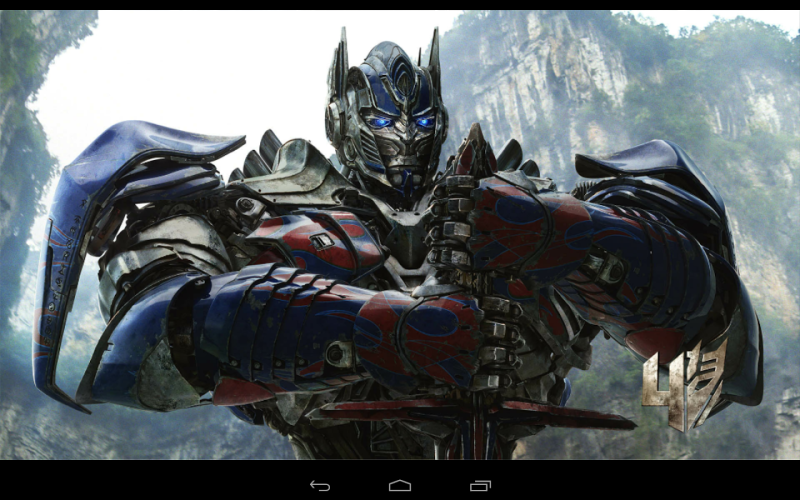 Hasbro’s upcoming “Fan Built” poll takes it to the next level. This time around, you won’t just be designing one bot – you’ll take part in creating a Combiner, with all the vehicles that comprise it.

And, instead of using traditional web polls, Hasbro will be updating their existing Transformers: Age of Extinction apps (on iOS and Android) to incorporate the design questions. Over the course of three weekly stages, you’ll get to determine the features of the new Combiner, including the types of vehicles involved, the faction it will join, and eventually the name of the new character. And as they did with Windblade, Hasbro will release the Combiner as a toy, in 2016.

Stay tuned for an official launch date, and in the meantime download the app to play the Transformers: Age of Extinction games and to view movie content. Roll out!

Pawtucket, R.I. (January 15, 2015) —TRANSFOMERS fans around the world are invited to help create a new character for the popular TRANSFORMERS brand — but not just any character. Following on the heels of the 30th anniversary “Fan Built Bot” poll, which led to the fan-assisted creation of the popular new AUTOBOT character, WINDBLADE, Hasbro, Inc. (NASDAQ: HAS) is launching the new “Fan Built Combiner” poll. This crowdsourcing project seeks fan input to create a new team of TRANSFORMERS robots that combine into one giant new character in celebration of the theme of the 2015 TRANSFORMERS GENERATIONS line, COMBINER WARS!

Starting soon, with exact dates to be announced, the official TRANSFORMERS brand app (formerly the official TRANSFORMERS: AGE OF EXTINCTION app) will be updated and fans will be able to log-in and answer a round of questions to help shape the identity of the new Combiner characters. The Fan Built Combiner poll will allow fans to determine everything from the types of vehicles involved, to whether the characters will be AUTOBOTS or DECEPTICONS, and eventually the name of the new character.

Voting for each round will be open for one week, after which the results will be announced and a new round of voting will begin the following week, with three rounds of questions in all. A full reveal of the new Fan Built Combiner is expected later this year, with the character available as a toy in 2016.

“The first ‘Fan Built Bot’ effort was massive, resulting in the creation of WINDBLADE who has her own widely popular comic series from IDW Publishing and toy product,” said Tom Warner, senior vice president of the TRANSFORMERS franchise at Hasbro. “With the TRANSFORMERS GENERATIONS: COMBINER WARS line celebrating the venerable COMBINER characters from throughout TRANSFORMERS history this year, this is the perfect time to let fans help create something even bigger than a new TRANSFORMERS character — a Combiner team that will become part of TRANSFORMERS lore.”

The new “Fan Built Combiner” character will be part of the TRANSFORMERS GENERATIONS: COMBINER WARS toy line. Like all the toys in the line, which debut in stores this month, the new Combiner figure will be able to mix-and-match limbs with other figures in the line so kids and fans can create their own custom TRANSFORMERS COMBINERS figures.

# # #
About Hasbro
Hasbro, Inc. (NASDAQ: HAS) is a branded play company dedicated to fulfilling the fundamental need for play for children and families through the creative expression of the Company’s world class brand portfolio, including TRANSFORMERS, MONOPOLY, PLAY-DOH, MY LITTLE PONY, MAGIC: THE GATHERING, NERF and LITTLEST PET SHOP. From toys and games, to television programming, motion pictures, digital gaming and a comprehensive licensing program, Hasbro strives to delight its global customers with innovative play and entertainment experiences, in a variety of forms and formats, anytime and anywhere. The Company’s Hasbro Studios develops and produces television programming for more than 180 territories around the world, and for the U.S. on Hub Network, part of a multi-platform joint venture between Hasbro and Discovery Communications (NASDAQ: DISCA, DISCB, DISCK). Through the company’s deep commitment to corporate social responsibility, including philanthropy, Hasbro is helping to build a safe and sustainable world for future generations and to positively impact the lives of millions of children and families every year. It has been recognized for its efforts by being named one of the “World’s Most Ethical Companies” and is ranked as one of Corporate Responsibility Magazine’s “100 Best Corporate Citizens.” Learn more at www.hasbro.com.