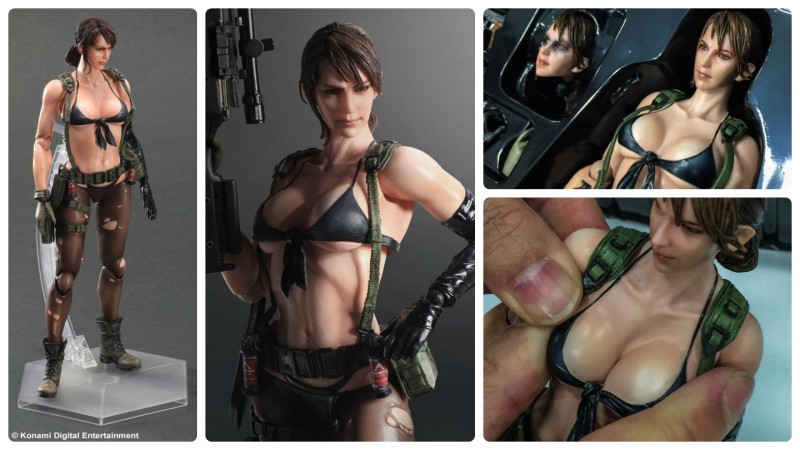 A tweet from game designer Hideo Kojima has set off a minor storm on Twitter among gamers. Kojima, the creator of Metal Gear Solid, posted pics of the upcoming Play Arts Kai Quiet, due for release on May 15, revealing that a supervisor of the action figure’s production, presumably from Square Enix, has stated the figure’s breasts will be made of soft material that allows them to be “pushed and lifted.”

This isn’t the first time a mainstream action figure has gotten this “feature.” The Marvel Select Black Cat by Diamond Select Toys, first released in 2003, was notorious for having her ample chest “molded from a softer plastic” – however, this is the first time I’ve heard someone associated with the offending character’s creation acknowledge outright the intent to sexualize the action figure.