We built a wall (we built the pyramids)… and pretty soon we’ll be able to build Leonard and Sheldon’s living room from The Big Bang Theory! This playset, which will include minifigures of all seven of the growing ensemble cast, is the latest set to come from LEGO Ideas (formerly CUUSOO).

That’s the official idea-generating community that lets folks like you and me submit new product proposals – if enough of the community supports it, LEGO can decide to produce it. LEGO Ideas is how that LEGO Back to the Future DeLorean made it to shelves. 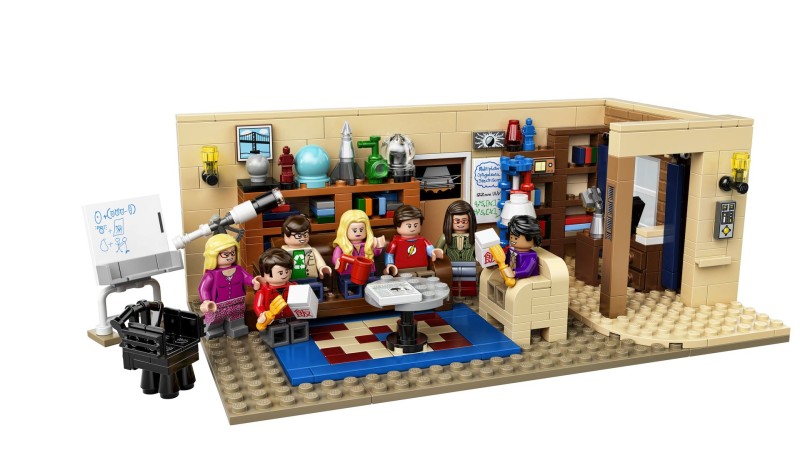 Indulge your inner genius and build this LEGO® version of Leonard and Sheldon’s living room as seen in the hit American sitcom The Big Bang Theory! This set was created by two LEGO fan designers— Alatariel from Sweden and Glen Bricker from the USA—and selected by LEGO Ideas members. Featuring loads of authentic details to satisfy all The Big Bang Theory devotees and including minifigures of all seven main characters from the show, it’s ideal for display or role-play fun. Includes 7 minifigures with assorted accessory elements: Leonard, Sheldon, Penny, Howard, Raj, Amy and Bernadette. $59.99

Here’s the original proposal for The (Mini) Big Bang Theory set by Alatariel and Glen Bricker, and an official LEGO sneak peek at The Big Bang Theory minifigures at LEGO Ideas. Bazinga!