Build Ultron Prime, get Ant-Man, and complete the Wrecking Crew! 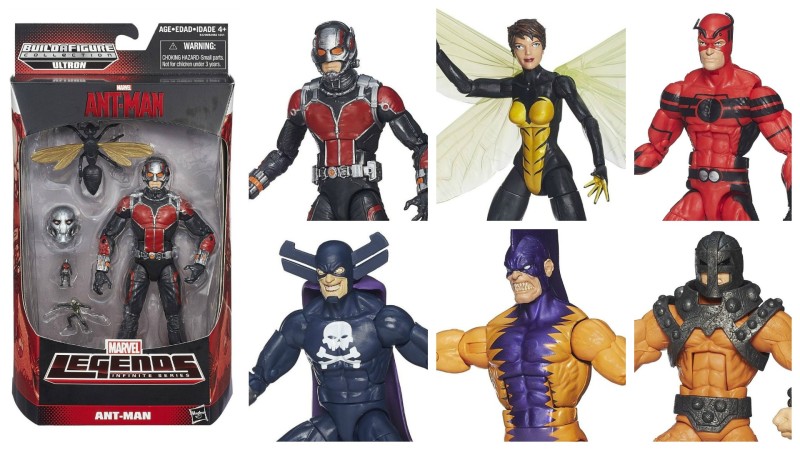 For a single wave of Marvel Legends, it sure has a lot going on. Known officially as the Ultron wave, it’s tied into the blockbuster Avengers: Age of Ultron movie with Ultron Prime as the Build-a-Figure. Unofficially, it’s also being called the Ant-Man wave – it’s got Scott Lang in the movie Ant-Man costume and Janet Van Dyne and Hank Pym in their comic-based Wasp and Giant Man costumes respectively. And last but not least, it includes two of the figures that were “lost” when Hasbro revamped the distribution model and shelved the running change variants – one of those is Bulldozer, who finally completes the Wrecking Crew.

You can pre-order all six of the Marvel Legends Ultron / Ant-Man figures at Amazon. If you want to cherry-pick:

The packages for all six figures include the Ant-Man sub-branding. That inexplicably includes the Bulldozer, the Grim Reaper, and Tigershark, who would be better classified as Avengers villains. Understandably, only Scott Lang gets the movie Ant-Man logo, though.