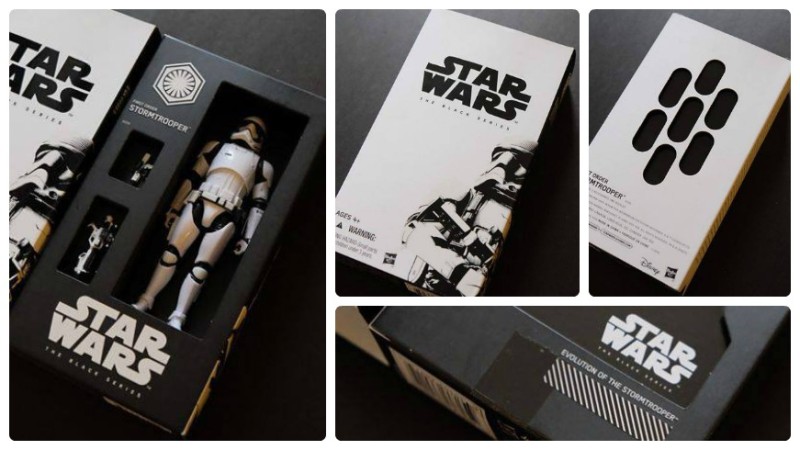 A couple of weeks ago, we tweeted about what looked to be a Star Wars Black Series Stormtrooper from The Force Awakens on eBay. (Amazingly, that Stormtrooper auction closed at over $1,000!) We have continued to see auctions for these, like this one, but one in particular has given us new clues as to how the figure may eventually be sold – as a San Diego Comic-Con exclusive.

This auction for a “First Order Stormtrooper” is the first we’ve seen that includes pictures of packaging – and it looks too authentic to be a hoax. It’s different from anything we’ve seen from existing retail packaging for the Black Series, and the presence of a slip cover and auction details describing an included booklet (with photo labeled “Evolution of the Stormtrooper”) leads us to believe this will be a Star Wars exclusive for SDCC.

We’re overdue for SDCC details for Star Wars from Hasbro, but perhaps with conflict between hype and secrecy about The Force Awakens, there’s an embargo on any movie-related info. What do you think – is this legit?