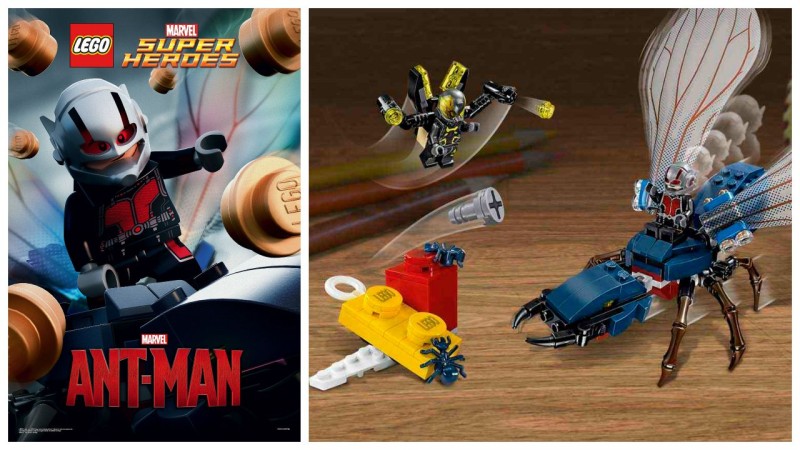 Marvel’s Ant-Man starts showing tonight (get tickets to Ant-Man on Fandango) and LEGO sent us this awesome poster to remind us that they’ve got the LEGO Ant-Man Final Battle set about to be released too. The set comes with 183 pieces, including 3 minifigures and a spoiler if you look closely enough – but the thing I like most of all is that you can also build a couple of “big” LEGO bricks, making the flying ant and the minifigures “tiny” in relative terms.

You can order the LEGO Ant-Man Final Battle set on Amazon and the official LEGO shop for $19.99. They’re officially pre-orders, but will be shipped in the next few days.