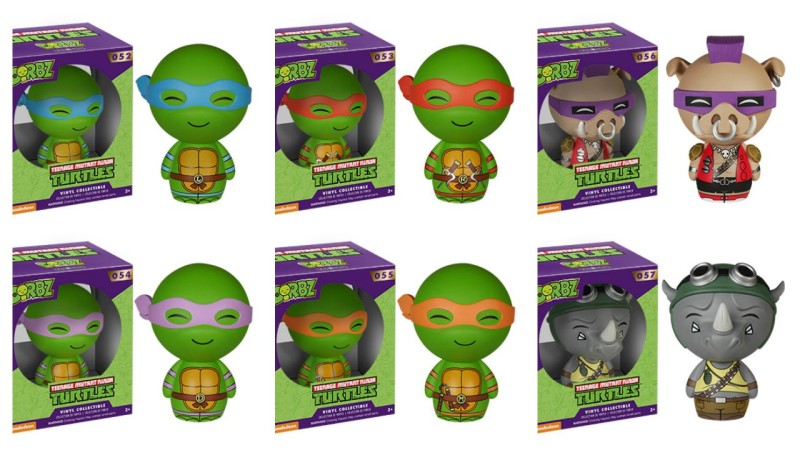 Like its illegitimate parent Funko has done with its Pop! line, Vinyl Sugar is building out the licenses for Dorbz – the Teenage Mutant Ninja Turtles are the latest addition to the line. You can already find Dorbz for DC Comics and Marvel, including the awesome Guardian of the Galaxy Dorbz. TMNT Dorbz will be available in October, with the four Turtles and villains Rocksteady and Bebop.

Also joining Dorbz in October, Jack Skellington and the gang from Tim Burton’s Nightmare Before Christmas.

Our heroes in a half shell – Leonardo, Donatello, Raphael, and Michaelangelo – are ready to enter a battle of the cutest against Bebop and Rocksteady!