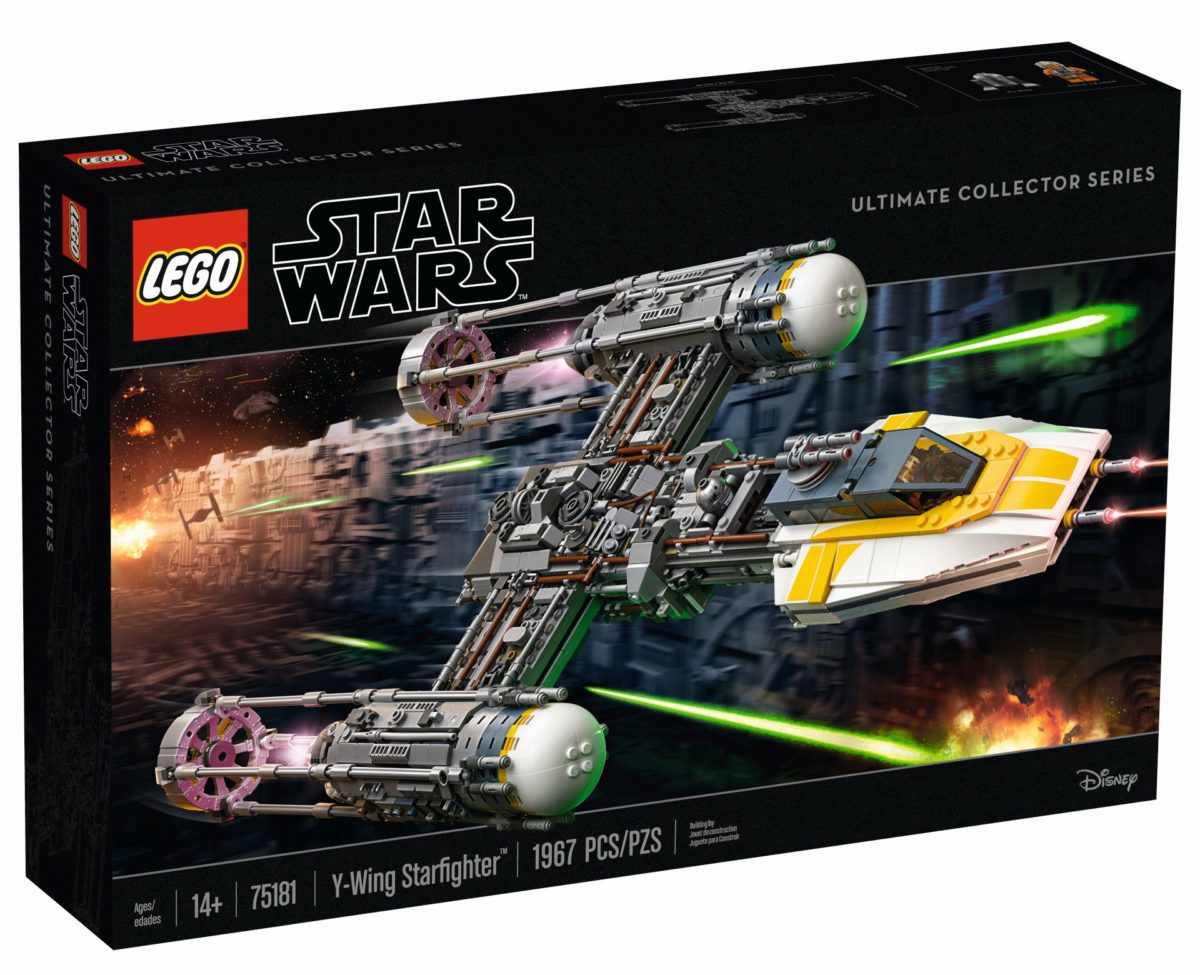 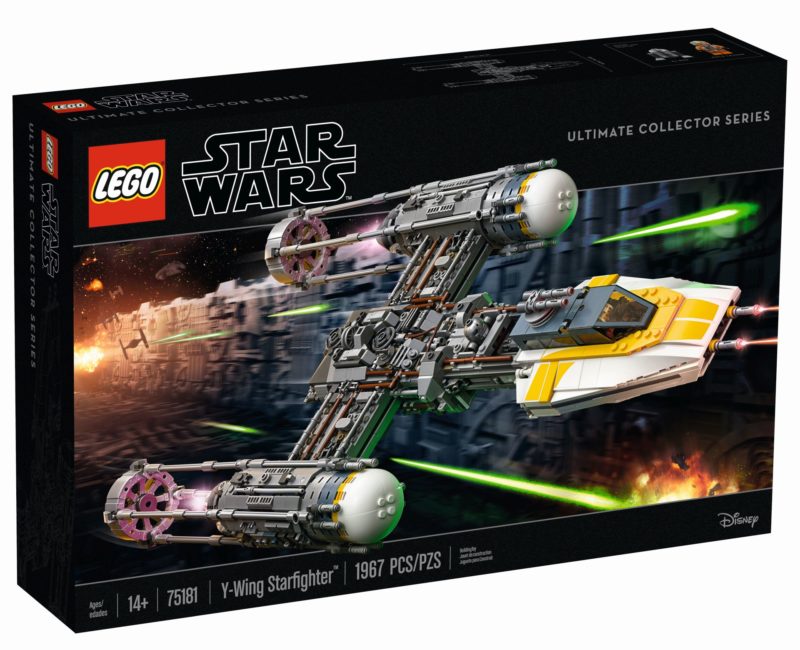 The heavy “wishbone” BTL Y-Wing fighter-bomber makes its return to LEGO’s Star Wars Ultimate Collector Series. The new set gets a significant piece count upgrade from the original UCS Y-Wing released in 2004, from 1,473 to 1,967 pieces. In addition to many cosmetic improvements, the new Y-Wing comes with a Gold Leader minifigure and his blaster; the original set had neither.

The new LEGO Star Wars UCS Y-Wing will be available on Star Wars Day. May the Fourth Be With You!

This LEGO® Star Wars Ultimate Collector Series model has an amazing level of detail, including an opening minifigure cockpit for the included Gold Leader minifigure, wheel-activated rotating ion cannons on top, retractable landing skids and space for the R2-BHD astromech droid. This fantastic Star Wars toy also comes with a tilting display stand and informational fact plaque, making it the perfect centerpiece for your collection.

Available exclusively from 4th May, 2018 through LEGO® stores
shop.LEGO.com, LEGO® Stores or via phone: