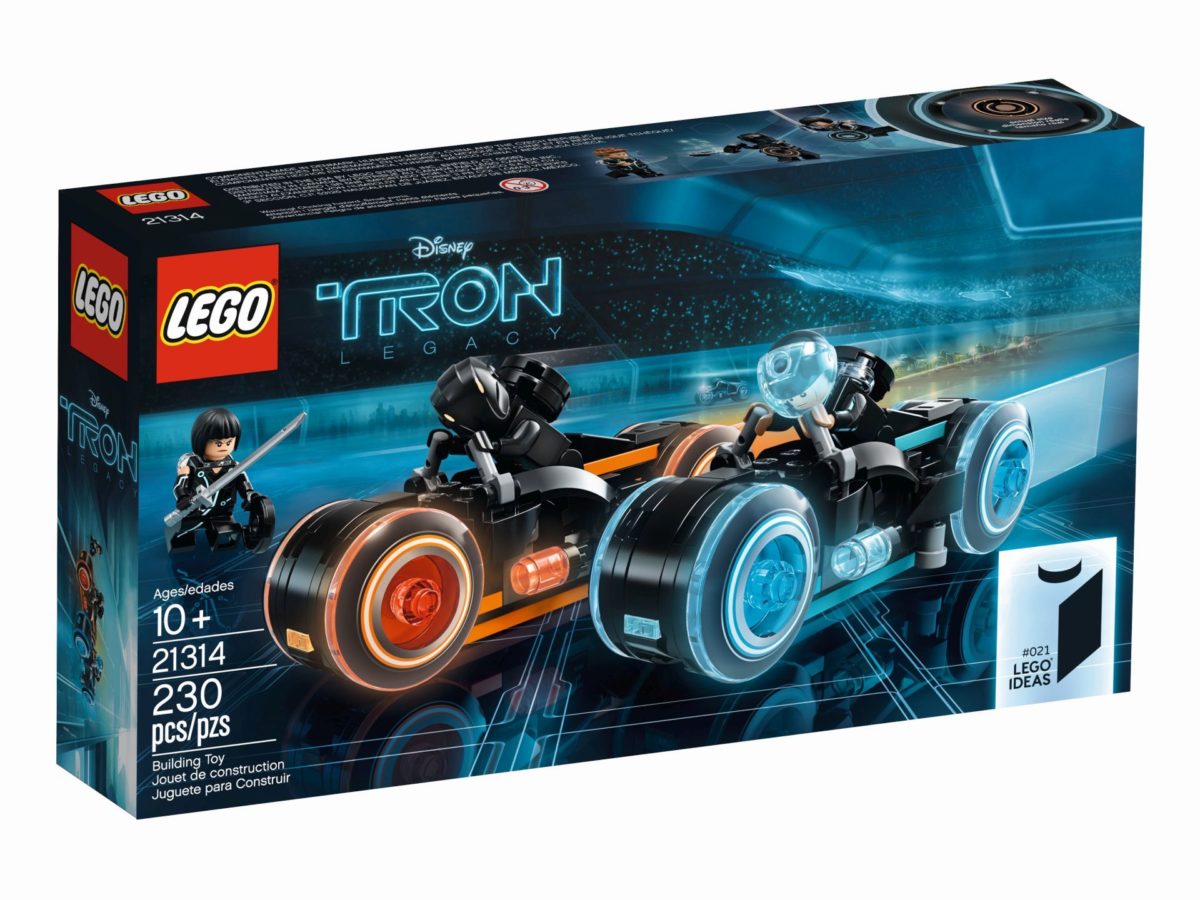 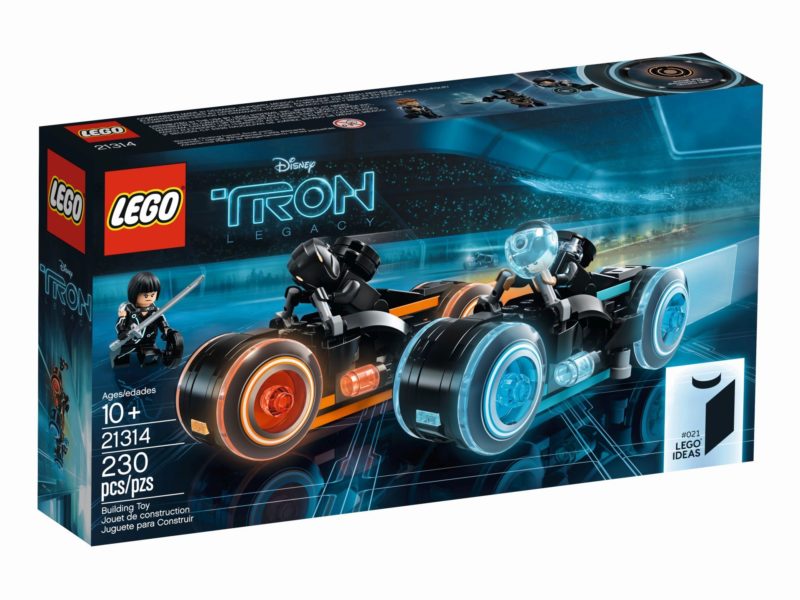 Announced late last year, the set is based on a fan submission on the popular crowd-sourcing platform LEGO Ideas. Read on for the official product details and images.

Build, play and display with this futuristic LEGO® Ideas 21314 TRON: Legacy set from Disney, featuring 2 Light Cycles, each with minifigure seats and translucent-colored light-style elements, plus a divisible TRON grid with attachment points for the vehicles. Use the grid as a display base for the Light Cycles or split it in 2 to recreate the chase scene from Disney’s TRON: Legacy movie. Alternatively, stage an Identity Disc battle between the 3 included LEGO minifigures—Sam Flynn, Quorra and Rinzler—on the grid. This construction toy includes a booklet with information about its fan creator and LEGO designers, plus the lowdown on Disney’s TRON: Legacy movie and its main characters.