Thanks to our friends on the Hasbro Marvel team, ActionFigurePics.com and TheFwoosh.com are proud to present you with a chance to win one of three fantastic prize packs from Hasbro’s upcoming Fall line-up of Marvel products.

WHAT: We are looking for striking recreations of classic covers from the Marvel library of comic book titles, using action figures from the Marvel lines (Marvel Universe, X-Men Origins: Wolverine, Marvel Legends, Marvel Mighty Muggs, Super Hero Squad) from Hasbro and Toy Biz. You may also include action figures that have been customized to portray Marvel characters. For example, here are the winning entries from last year’s contest:

WHEN: Deadline for submitting entries is July 17, 2009 at 11:59PM PT, via e-mail to [email protected]. Include the comic title and issue number of the cover you are recreating, and your name, nickname, and username on TheFwoosh.com (if you have one), with your entry.

WHY: Hasbro is providing three prize packs of Marvel products, as described below. This will be your chance to get these products before they hit the shelves this fall. A selection of nominated and winning entries may appear on ActionFigurePics.com, TheFwoosh.com, and other websites. 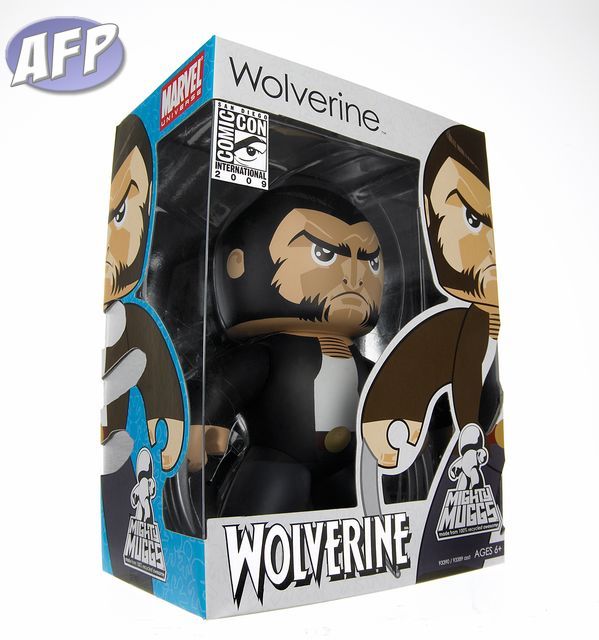 This Righteous Rebel with claws coming to you in exclusive foil packaging for Comic Con. “Made from 100% Recycled AWESOME!™”, this X-Man sports a lovable sneer and retractable claws on both hands. 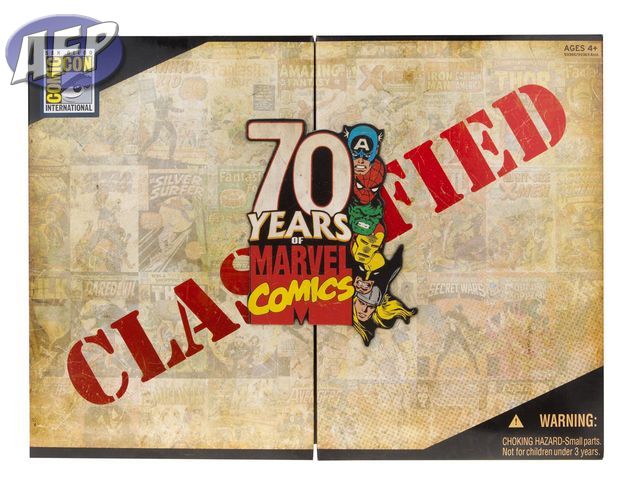 The Invaders are coming! Celebrating 70 years of rich comic history, this exclusive box set pays tribute to a classic super team and four timeless Marvel characters. Featuring all original artwork by none other than Joe Quesada, each set includes four separate single carded figures: Captain America, the Original Human Torch, Prince Namor and the Red Skull. Sealed with a commemorative 70th anniversary magnet and stuffed with 4 “top secret” War Dept. files, you won’t want to miss this one! 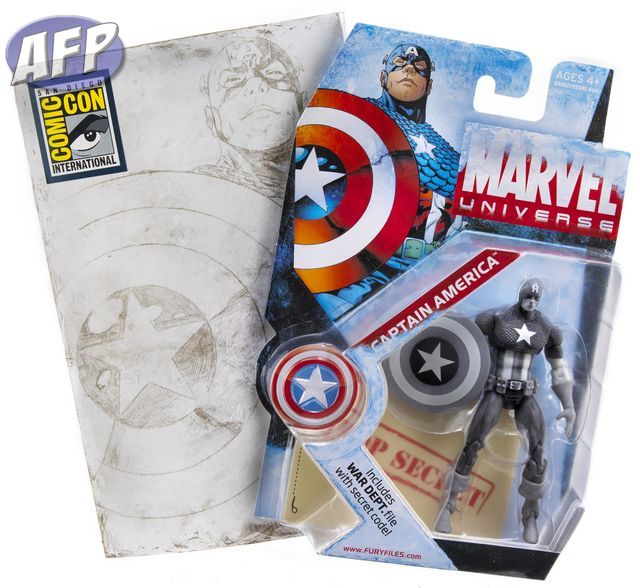 The Super Soldier is Marvel Universe #0! Featuring special edition grey scale deco, this Captain America looks like he’s straight out of the headlines of the 1940’s! Showcasing the stunning artwork of Joe Quesada, this classic Cap is “frozen” in time and packaged on a single card for you to add to your collection! 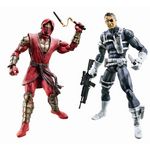 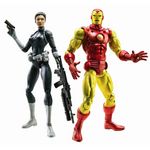 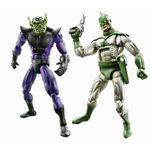 Finally! You’ve asked about them…you’ve waited for them…and now they’re finally coming. Get Classic Iron Man with Maria Hill, Nick Fury with Hand Ninja, and Kree Soldier with a Skrull Soldier. Interchangeable heads allow you to make a S.H.I.E.L.D. Soldier out of Nick Fury and convert the Kree Soldier into a Classic Captain Marvel!

You’ll get one complete wave of the coolest heroes and villains in the Universe. Each figure includes a “top secret” dossier from the Fury Files and features original artwork by FRANK CHO!

The legends of the Marvel Universe got a little bit smaller! These pocket-size, 3 3/4-inch action figures include incredible articulation and amazing detail, and will be perfectly scaled with your other similarly sized toys. Marvelous mutants, superb superheroes, and venomous villains are all here!

Winners will be selected by a panel of judges including members of the staff at ActionFigurePics.com and TheFwoosh.com. The judges will select winning entries from the cover recreations that strike them the most, for whatever reason. The judges’ decisions shall be final and shall be at their sole discretion.

One thought on “Announcing the Marvel Universe Comic Covers Contest”