Lots of interesting tidbits.  Among them:

Finally, they put up some pictures of the first wave of Marvel Universe Gigantic Battles (Captain America / Skrull Giant Man, Iron Man / Goliath), due out this fall.  There will be a blue and red variant Goliath.  Click through to the interview for the full-sized pics.

If you’ve been following our teaser reports over the past few days, then you might have been able to fit the pieces of the puzzle together and figure out exactly which character we’re announcing for the first time right here on Cool Toy Review. 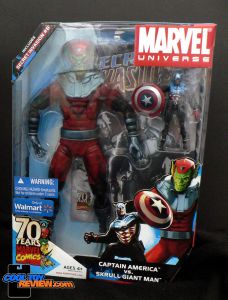 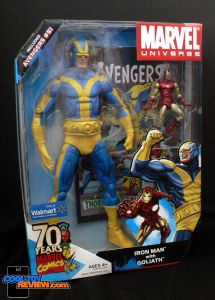 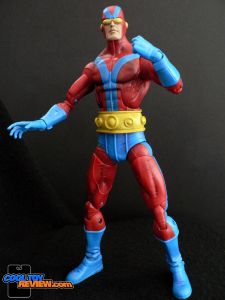 Check out the packaging photos of the upcoming Wal-Mart exclusive Gigantic Battles sets of Captain America Vs. Skrull Giant Man and the Iron Man with Goliath, but also for the first time mentioned anywhere…it’s the red & blue costumed variation of Goliath, who will also come with the “pointy mask” Iron Man figure.

Each set will also come with a special reprint comic book, showing the inspiration for the characters in the set.