Toy Guru has posted an update for Masters of the Universe Classics on Mattel’s Facebook page.  Since it’s a long post, here’s a brief summary: 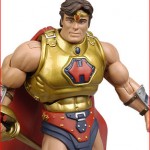 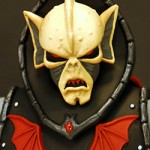 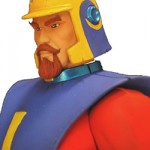 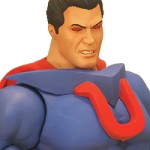 Toy Guru here filling in for Matty while he is off on a business trip. Its been a while since we were able to chime in (things have been busy around the Big M with Comic Con a mere few weeks away) but I wanted to give everyone the latest updates.

First off, obviously MOTUC is doing very well and this has rung all the way up to the top brass. We couldn’t be happier with where the line is and have some amazing plans to expand it beyond single figures per month in 2010. In fact, in all likely-hood, almost each month next year will have at least two MOTU items for sale. More details will follow at our SDCC fan panel on Friday at 1:00 in room 2.

And yes, we are looking into other projects and lines to do with the brand, but nothing to announce quite yet.

In the things we can announce category, we’ve been doing some major research into the brand going deep into the Mattel archives. In this process we’ve uncovered quite a lot of goodies such as the original story concept for MOTU (pre mini comics!) and some concept art never before shown to the public (did you know Skeletor was called “Demo-Man”, Trap Jaw was originally called “X-Man”, Evil Lynn was “Sultress” and Zoar was called “He-Bird”!) Lots of cool stuff and we are working on finding ways to publish some of these finds for the fans. We even found the original painting from the Eternia Playset. So good stuff is brewing as we continue to research the line and make MOTUC the best it can be.

Okay, and so lets get to He-Ro. I know there has been a lot of chatter about him on the boards lately. We’ve got some basic info up on MattyCollector.com, but to recap, there will be three magic Spell Stones randomly packed with both the SDCC and Matty.com versions. (and yes he is still the most powerful wizard in the universe taught by Eldor, he is just also a Cosmic Warrior, the cool blend of magic and technology). The stones will be inside the Spell Staff so you won’t know what color you have until or unless you open the figure. Green will be the most common with Red and Purple being a bit harder to find. For legal reasons, much like with production runs, we will not be publishing exact ratios of the colors.

At SDCC, He-Ro will get an extra SDCC tampo stamp under the armor. We thought this was a good way to make the figure special for those who come to the show, while still letting purists keep He-Ro looking traditional by not removing the armor. Will it please everyone? Of course not, but we think it is way cool!

His sword is indeed blue as original created as an homage to the weapons pack and will be transparent with the star deco like the prototype black sword. We’ve already send out PR samples so I’m sure close up reviews of this amazing accessory will be all over the net in a week or so.

As for why his name is “Ro” and not “Gray”, well simple. In the original story line “Powers of Grayskull” He-Man travels back in time to meet his ancestor who turns out to be He-Ro. Because the 2002 MYP series firmly established King Grayskull as Adam’s ancestor, He-Ro was reinvisioned slightly to make him a contemporary of Grayskull, but not the same character. It really wouldn’t make sense to have a character called “Gray” and “Grayskull”. Since he carries the sword of He, it made sense Ro would adapt this weapon as part of his new name to call out his powers. (much as He-Man is a “man who carries the sword of “He” – get it? ). How the Sword of He relates to the Power of Grayskull has yet to be revealed…

We promise more details about this story line and the secret connections between He-Ro, Grayskull, Adam, and others will be revealed in time. We have the bios worked out well in advance, so there really is a complete story we are telling. If it is frustrating now, remember that all the details have not been revealed. If new bios are creating more questions then answers then we are doing our job right as slowly over the next few years the full story will be revealed! Stay tuned!!!

So Hordak goes on sale Monday (along with Alex Luthor and Ultraman for DCUC!) We have increased the original production of Hordak (he is at the same production as Mer-Man and Zodac) and as mentioned, we increased production up again starting with Tri-Klops. We have a good idea of how big the fan base is and ideally between increased production and the opportunity to purchase subscriptions, fans should have more options to not miss a figure.

Oh, speaking of which, the 2010 subscription should be available to pre order starting at SDCC (in fact you can do so right at our booth!) We have a few surprises in store that are special for the subscription this time, and subscribers for 2010 will get more then just the 12 monthly figures, we’ve got some cool surprises in store! (and there may be a small sign up fee to compensate for this, but it will be well worth it we promise!). Full details will be announced before sign up start.

Finally, we’ll have full details about selling methods, limits and availability for all our exclusives to be posted on MattyCollector.com later this week.

Looks to be a fantastic Comic Con with a lot to announce. Battle Cat will be out starting Wednesday night with more figures coming out after the fan panel.

See you in San Diego, until then, Good Journey!