As you may know, I’m part of the crew at TheFwoosh.com, and at this time of the year we like to look at the past year’s best action figures.  In the Fwoosh Best Of, we usually get to pick just one figure, but this year, I got two, when Tenbones got hit with a data extraction job involving you taxpayer dollars at work on New Years Eve.  Poor guy!

My two picks were the Marvel Legends Iron Man (original review), which I had horse-traded to Tenbones, and the Marvel Mighty Muggs Logan (original review).  I’m pretty sure it’s not group think in action, but this year I could have picked almost any of the figures in The Fwoosh Staff Best of 2009.

If the retail channel hadn’t been bogged down with the older, not quite as good Marvel Legends 2-packs, this may have been my pick for Best of ‘08. This classic Iron Man, sculpted by Gentle Giant, did eventually come out, and it was worth the wait. 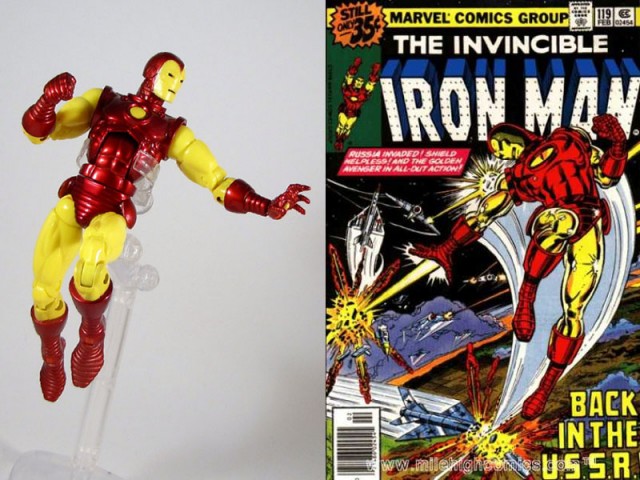 The figure surpasses its predecessor from Marvel Legends Series 1 with its improved proportions, updated articulation, candy apple red paint job, and an interchangeable Tony Stark head that lets you pose him unmasked with his helmet held in his hand. It looks and moves like it’s channeling Bob Layton himself. Iron Man, and the rest of the figures in his assortment of 2-packs, makes me wonder how Marvel Legends would be doing if Hasbro had led with this level of quality. 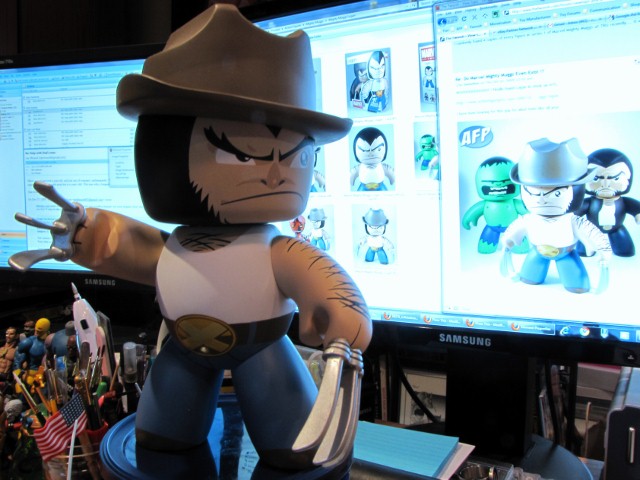 Yeah, that’s right – Marvel Mighty Muggs Logan. You got a problem with that, bub? And no, this isn’t because I picked last and everyone had already picked the figures I would have picked. Let’s just say that some of the guys were whiny (you know who you are!) and I’m just a nice guy.

Not like Logan here. He’s mean through and through. He’s got the steely glint of a natural born killer in his eyes, and he’ll run you through with his adamantium claws faster than you can say “Jean Grey was a hoooooooer!” His hat is removable, and can be positioned sideways for the “I’m prospecting for gold in the Canadian Rockies” look, tilted down over his eyes for the “I’m napping here, quit buggin me Jubes” look, or just cocked a bit to the side for the “I will decapitate you for mentioning how cute I am” look.

He’s a killer who’s also cuddly and cute – and definitely the best Mighty Mugg that Hasbro has made to date.

via The Fwoosh Staff Best of 2009 | TheFwoosh.com.

One thought on “The Fwoosh Staff Best of 2009 – TheFwoosh.com”