A couple of weeks ago I saw some Marvel Heroclix at Toys R Us – these were the first Heroclix toys I’ve seen at retail since NECA acquired WizKids and the Heroclix licenses, and it was good to see some new stuff.  But the announcement of a Blackest Night Starter Kit  promises some great things to come.  They’ll be announcing figures all week, and the reveal of Mera as a Red Lantern is sure to generate some rage in the collector community.

I’m not a collector of these, but I do appreciate the level of detail that NECA is achieving with these now – this starter kit will feature figures sculpted digitally, with great results.

Queen of Atlantis and wife to Aquaman, Mera rallied her people in the wake of a planetwide crisis and became the leader of a rebel army determined to take vengeance for the destruction of Atlantis and the death of Aquaman. After the battle was won, she agreed to have the body of Aquaman moved to Atlantis…only to find he had risen from the grave as a Black Lantern. The desecration of the man she loved ignited a new fury in Mera, leading her to the front lines of the battle against the Black Lanterns and the Blackest Night…and earning her a place in the rage-powered Red Lantern Corps! 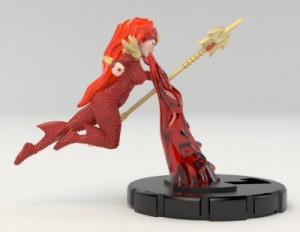 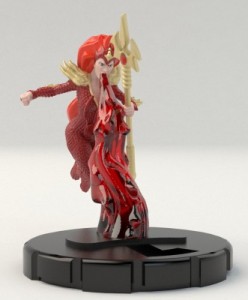 The DC HeroClix Blackest Night Starter Game will be in comic and hobby stores on May 12, 2010. The Starter Game includes everything you need to play HeroClix: seven HeroClix figures, the 2010 HeroClix Rulebook, a map (The Oan Sciencells) and more – reserve your copy at your local retailer!

NECA announced Hal Jordan Green Lantern yesterday to kick off the reveals for the starter kit, which will include seven figures (Hal and the deputy Lanterns).

Clixfans, we are proud to announce the DC HeroClix Blackest Night Starter Game! Here’s your first look at the Green Lantern figure: 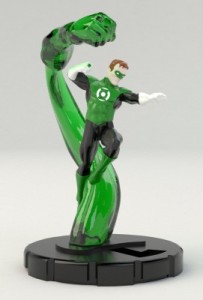 The War of the Light comes to HeroClix with the DC HeroClix Blackest Night Starter Game! As the Blackest Night encompasses the world, heroes and villains alike are deputized into the Lantern Corps to fight back against the legions of Black Lanterns. Choose a team of lanterns and take them into battle! This starter game includes everything a player needs to play HeroClix, including figures, map, rules and more. The DC HeroClix Blackest Night Starter Game will be in stores May 12, 2010.

For those keeping track, the Blackest Night Starter Game is the first completely new HeroClix product from WizKids/NECA! One of the new things we’re doing is super-high resolution digital sculpting. The Green Lantern figure was sculpted by Ben Misenar. I’ve seen the final production versions of some of Ben’s digital sculpts, and the digital to 3D translation is 99.99% perfect. Stay tuned for more figure images!