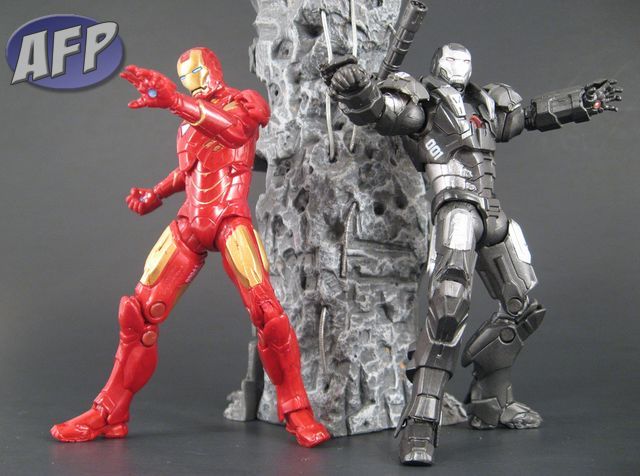 A few days ago, we looked at the Iron Man armors from the first movie, and as promised then, here are a few looks at some of the new armors from the sequel, the Mark VI and the long awaited War Machine! Do they stack up to the hype? You tell me.

An update of the Mark III and Mark IV, we now get the triangular arc reactor on the chest as well as different shoulder pads, which allow for much better movement compared to the Mark III shoulder pads, which tend to pop off. Like some of the other figures in this line, you will need to pick through a few to find a decent paint job. Even mine has a few sloppy applications.

After much anticipation, we have movie War Machine, mostly agreed upon by fans to be the best figure, if not the most sought after, of this line. He has the same hinged shoulder pads as the comic version, but a much bulkier body and much more detail. The gun configuration pictured is what I believe is accurate to the movie. There is also a variant with blue eyes and arc reactor, as well as a light wash of silver over the dark parts.

I will agree with the majority, this is the best of the line so far, and that is saying alot, because this line has been amazing so far! 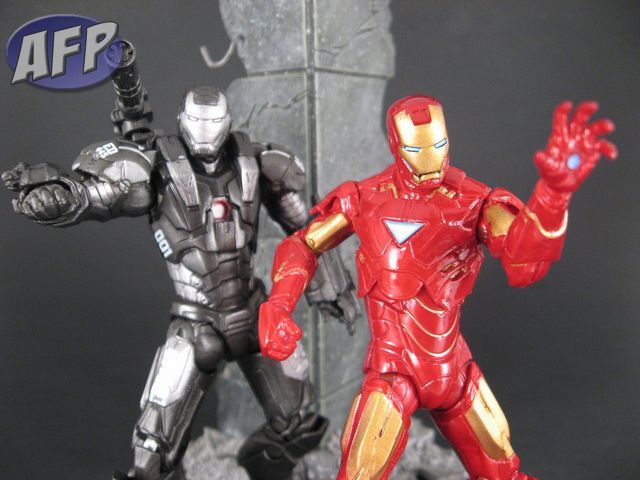