Hey guys – I wanted to share a personal project I’ve been working on over the summer. I’ve wanted to do a custom sculpted Madball-style project for a while, and recently while watching one of my favorite horror movies I finally got the design and inspiration translated into 3D form. I wanted to make something with that over-the-top Madballs style, but also something I knew would probably never actually get produced.

In the future, I plan to cast these with squishy foam just like the originals, so stay tuned for future release info!

From Plastic Geek Toys comes the Badballz “Fuzzball” first being released as a Gray Resin Prototype.

At over $80K pledged so far, they’re close to reaching their second stretch, which unlocks at $90K funding.

END_OF_DOCUMENT_TOKEN_TO_BE_REPLACED

It seems like everyone is trying to make “retro” style figures these days, particularly on Kickstarter, but this one seems like something special. Warpo Toys has gone all out and hired artists and sculptors from the 70s-80s toy industry, and gone as far as to make a retro style commercial, catalog and packaging/artwork.

The Legends of Cthulhu Retro Action Figure Toy Line Kickstarter project launched yesterday and has a $60K funding target to reach by June 9. They’re off to a good start, currently over halfway there in just a day. Give it a look!

END_OF_DOCUMENT_TOKEN_TO_BE_REPLACED

Enjoy a few photos of what went down this year at C2E2 in Chicago! This convention may have started small, but it’s gotten very large, very fast.

END_OF_DOCUMENT_TOKEN_TO_BE_REPLACED 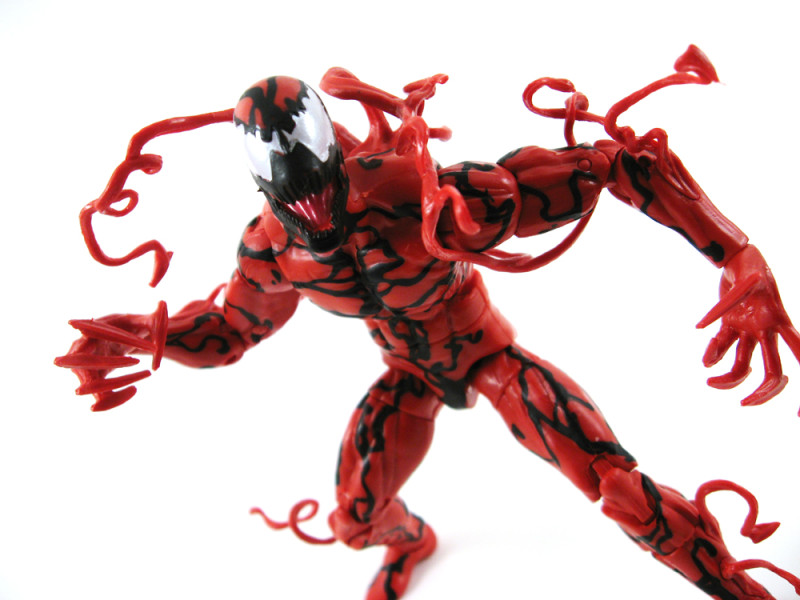 [Rendered speechless by his enjoyment of the new Spider-Man Legends Carnage, Talyn shared a bunch of pics. If you want to see more of the Spider-Man Legends wave, leave a comment below. – Ron]
END_OF_DOCUMENT_TOKEN_TO_BE_REPLACED