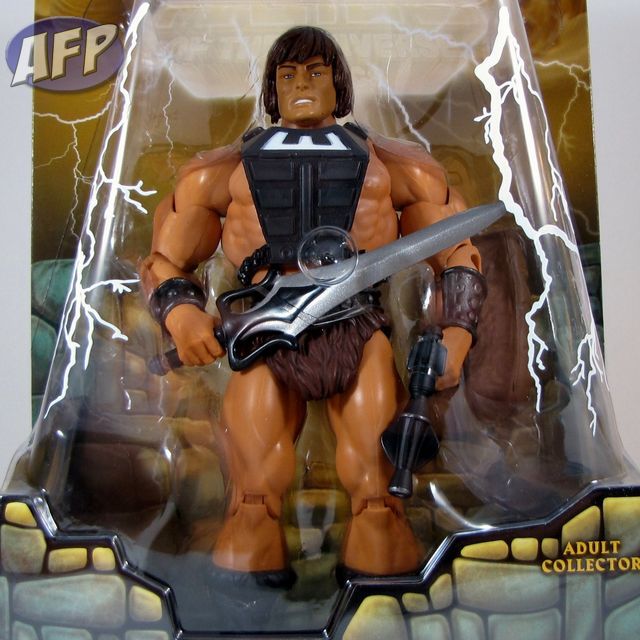 Instead of the classic He-Man harness, Wun-Dar comes with the harness worn by Zodak and Zodac, but in black. He also comes with Zodac’s cosmic gun, also in black. Finally, he has both a full and a half Sword of Power, both with black hilts. 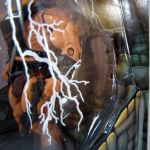