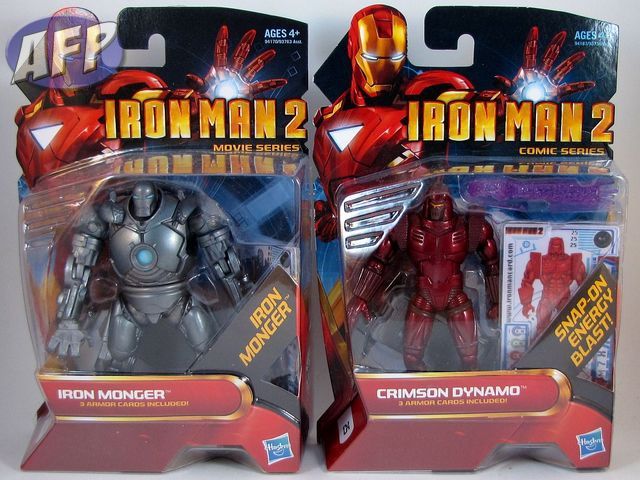 Chances are, if you’re a fan of AFP, then you’ve seen the Iron Man movie, starring Robert Downey Jr. as the title character. And you probably know that the sequel, Iron Man 2, Metallic Boogaloo (I made that up) is opening this upcoming Friday, May 7.

Because we’re such big fans of Iron Man, this week we’re celebrating Iron Mania – each day (we hope) we will have Iron Man toy-related content, all leading up to the premiere of Iron Man 2. Then, on premiered day, we’ll hold a Free Stuff drawing and give away this prize pack consisting of two Iron Man baddies, Iron Monger and Crimson Dynamo. Iron Monger is from the Movie Series and was the villain from the first movie. Crimson Dynamo is from the Comic Series and is a classic Iron Man villain.

To find out how to qualify to win the Iron Mania prize pack, check out our Free Stuff page. Good luck and enjoy AFP’s Iron Mania!