I guess I’m dating myself, but I’m old enough to have seen The A-Team when it was on TV. Sure, it’s somewhat corny, but with an eclectic set of characters, car chases, explosions, and a few laughs, it seems like a slam dunk for adaptation to the big screen. If you’ve never seen the TV show, you can watch the A-Team on Hulu. 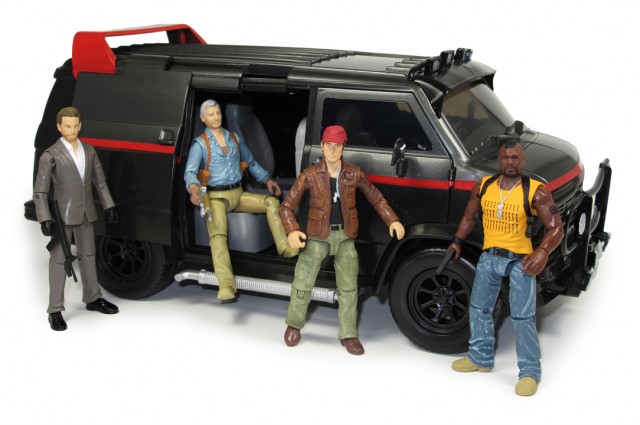 The toys, both in 3 3/4-inch and 12-inch scale, for the upcoming movie were just featured on the MTV Movies Blog, and Jazwares was kind enough to share the pics with us.

SUNRISE, FL – April 27, 2010 – Jazwares™, a leader in the consumer products marketplace, has been tapped by Twentieth Century Fox Licensing & Merchandising (Fox Licensing) to develop an extensive toy line for the upcoming feature film The A-Team. The launch of the Jazwares product line will coincide with the movie’s release in June 2010.

“The release of The A-Team film will introduce a new generation of fans to the heroes of the popular series,” said Laura Zebersky, executive vice president sales, Jazwares.  “The A-Team is a part of pop culture history and we look forward to playing a role in its return.”

“Jazwares is part of the ‘A-Team’ of licensees we’ve assembled to work on the merchandising program for this fantastic property,” said Lora Cohn, VP of Fox Licensing. “We are confident that both old and new fans alike will be pleased by what Jazwares introduces to retail.”

The A-Team follows the exciting and daring exploits of Hannibal Smith and his colorful team of former Special Forces soldiers who were set up for a crime they did not commit.  Going “rogue,” they utilize their unique talents – and eccentricities – to try and clear their names and find the true culprit. The A-Team hits everywhere June 11, 2010.

Liam Neeson, whose many credits include the Oscar-winning Schindler’s List and the recent box office hit Taken portrays Hannibal Smith, a master planner of inventive missions requiring split-second timing, unusual skills and a team of incredibly proficient and eccentric soldiers; Bradley Cooper, who shot to movie superstardom in the smash comedy The Hangover, is Templeton “Face” Peck, who can procure anything for the Team’s unorthodox and daring activities; Quinton “Rampage” Jackson, a professional mixed martial artist and a top rated UFC light heavyweight, is B.A. Baracus, the Team’s driver and muscle; and Sharlto Copley, who stars in the surprise summer hit District 9,  is H.M “Howling Mad” Murdock, a gifted pilot – and certified loon.   Jessica Biel (The Illusionist) stars as Capt. Charisa Sosa, a former love interest of Face’s, but who’s now relentlessly pursuing the Team for a crime not of their doing.  Patrick Wilson (Watchmen) is Lynch, a mysterious CIA operative who is a key player in the Team’s most explosive mission. 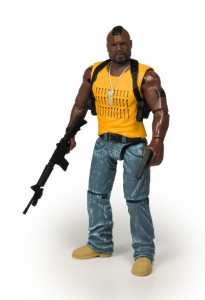 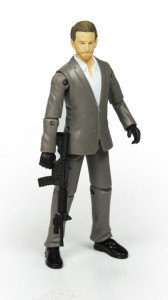 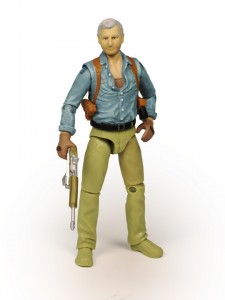 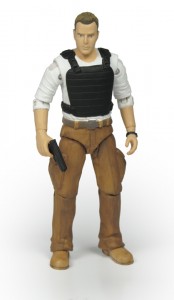 The A-Team is set to invade your home with an action-packed collection of highly detailed 3 ¾-inch Action Figures.  Now you can collect all of your favorite characters and recreate your favorite A-Team moments.   Perfect for collectors who have been a fan of the team for years or for those just getting in on the action.  Available as Sgt. Bosco ‘B.A.’ Baracus, Col. John ‘Hannibal’ Smith, Capt. ‘Howling Mad’ Murdock, Lt. Templeton ‘Faceman’ Peck, and Col. Lynch. (Each figure sold separately) 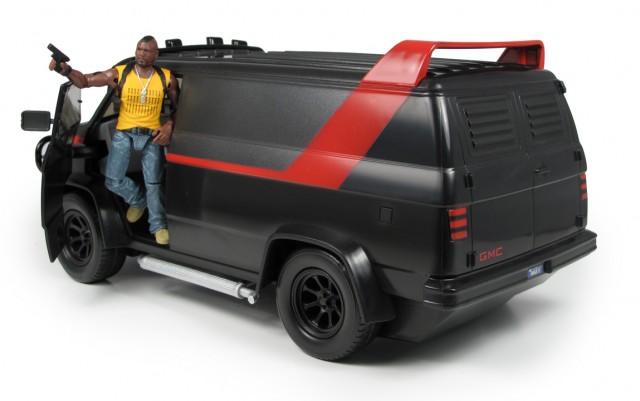 The iconic vehicle is back in action with the Classic A-Team Van with Electronics! The recognizable GMC van is highly detailed featuring its red stripe and a fully equipped interior that fits the 3¾-inch Action Figures.  The Van even features sound clips from the movie and action packed sound effects.  Now you’re in the driver’s seat with Sgt. Bosco ‘B.A.’ Baracus and the team on their most covert missions! 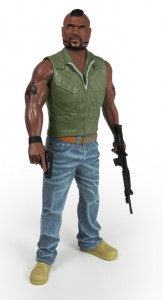 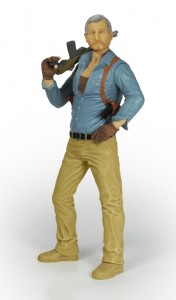 Bring the action to life with these highly detailed 12-inch Collectible Figures of your favorite A-Team characters. Each character features a voice chip with sound clips from the movie creating the ultimate must have for any fan of The A-Team.  These collectible figures are available as Sgt. Bosco ‘B.A.’ Baracus and Col. John ‘Hannibal’ Smith. (Each figure sold separately)

Suit up in your fatigues and join Lt. Templeton ‘Faceman’ Peck, Capt. ‘Howling Mad’ Murdock and Col. John ‘Hannibal’ Smith on a secret military op. These highly detailed 3 ¾-Inch action figures will be strong assets in your undercover missions and bring the A-Team to life in your own home!  Available as Lt. Templeton ‘Faceman’ Peck, Col. John ‘Hannibal’ Smith and Capt. ‘Howling Mad’ Murdock