You may remember that in December last year, test shots for 6-inch scaled Titanium Man and Crimson Dynamo figures started appearing on eBay. We got a closer look at a pair of the test shots in January. 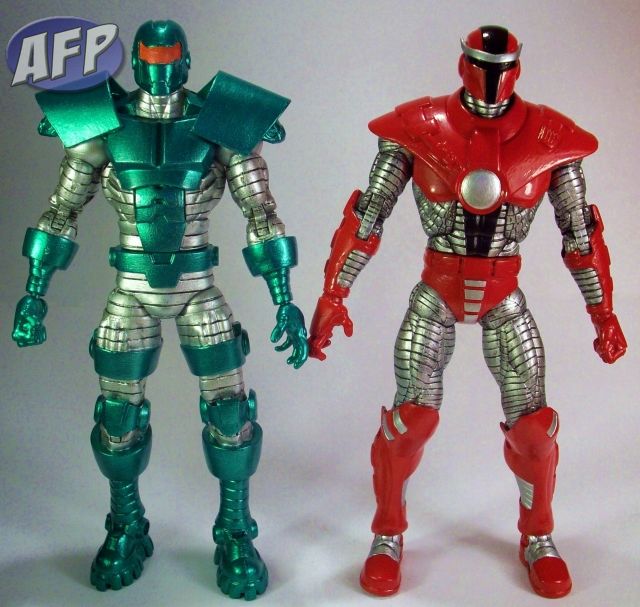 Apparently, more of these test shots have continued to make their way to eBay, and Fwoosher Atgscl went through the trouble to paint his set.

Back when Hasbro showed a glimpse of these figures at the 2009 SDCC, I knew I had to have them. When there were no further plans for these figures I was really dissapointed and didn’t think I would ever get to hold them in my hands. Around mid-February a few of these prototypes began appearing on ebay so I jumped at the chance to buy them. Once they arrived a few weeks later I was simply amazed at how detailed the sculpts were and how well the articulation worked.

I started painting these guys just how Hasbro showed them. However, I felt that they were a bit too dull. I decided to do a drybrush effect on the silver parts of both figures to give them a more detailed appearance. I spent several hours meticulously painting these two figures until they were damn near perfect – well, in my eyes anyway. 😉

And for more customized action figures, check out Atgscl’s Custom Gallery thread at the Fwoosh. 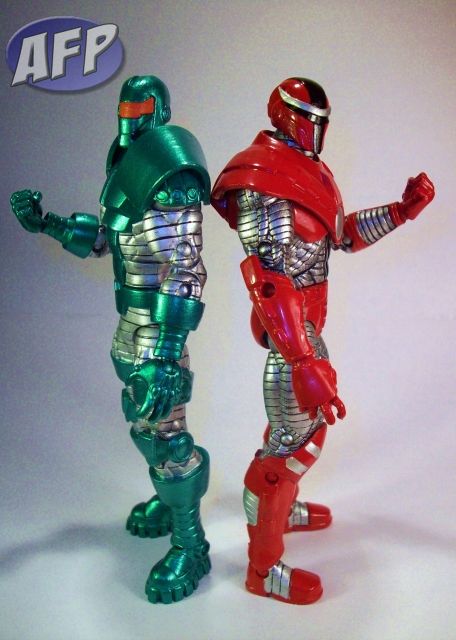