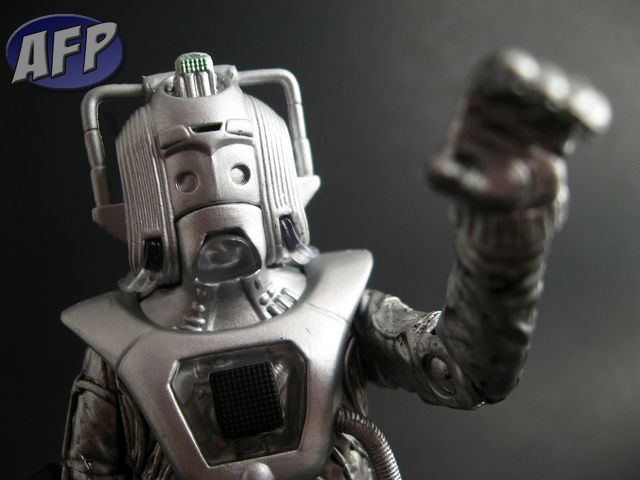 Character Options LTD. started off their Doctor Who line with the first new season of the revamped television show. They proved through several waves of new figures that they had collectors in mind, with their nice packaging, accurate paint applications, and superior attention to detail. Now with the Classic line of figures from the older series, they continue that tradition.

There have been many different versions of the “Cyberman” through the decades, but this was the first from the 80’s. Revealed in the episode “Earthshock,” these Cybermen had a new updated look that included a creepy clear chin that allowed you see see the remnants of the person they used to be inside. Shockingly, this 5″ action figure displays even this small detail. All of the sculpted detail on this figure is amazing, from the running wires and tubes, to the clear chest controls with painted details underneath. 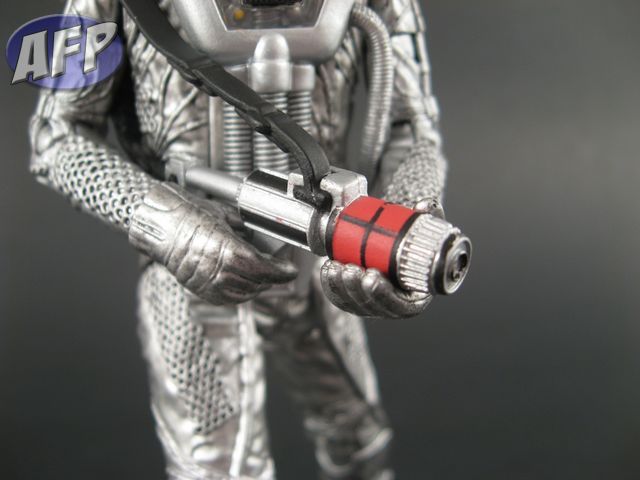 I wish toys by Hasbro or Mattel had this much obvious care put into their sculpt AND paint detailing. There is nothing revolutionary about the articulation on this particular figure, but Cybermen were known for their ridged stances anyway, so it works well. The one gun accessory works well with the figure, allowing a few poseability options. 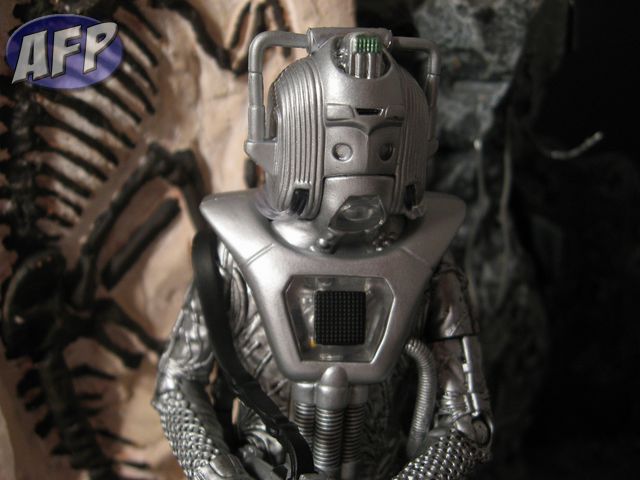 The scale of this figure is a standard 5″ scale, so it fits well with the other Doctor Who figures or any other 5″ scale figures you may have.

Even if you are not a big fan of Doctor Who, or even if you know nothing about it, this is a GREAT action figure. The retro robot design paired with the collector-aimed attention to detail, and even the displayability of the packaging, all lead to one conclusion, if you like robots, you must own this figure. Period.

The Dr. Who Classic Cyberman in this review was provided by AFP sponsor Mike’s Comics ‘N’ Stuff. Please check out their available Dr. Who action figures.