A little over a month ago, NECA published a teaser pic for their line of action figures for the upcoming Predators movie. Now they’ve revealed the first shots of the three Predators. They’re three… ugly motherf*ckers!

Still Ugly After All These Years

In honor of Predators hitting theaters this Friday, July 9, we’re thrilled to show off our all-new Predator figures!

That’s right, no more living in the shadows. The most fearsome hunters in the galaxy have returned, and this time, we’re on their turf. In Predators, some of Earth’s most able killers are kidnapped and brought to the Predator homeworld for some good old-fashioned hunting. It’s the first Predator-only movie since 1990’s Predator 2, named in the fashion of the Aliens series and starring Adrien Brody and Laurence Fishburne, among others. 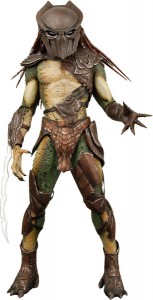 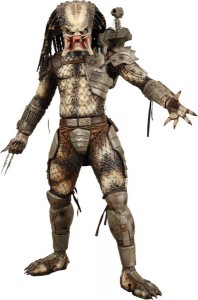 But we all know the real stars are the Predators themselves, and it’s them we’ve honored in our line of figures from the movie. In the series of three, you get the brand new Falconer Predator, the menacing Berserker Predator, and of course, the original, Classic Predator! Each figure comes with unique weaponry, amazing detail and stands almost 8″ tall.

Predators is in theaters this Friday, July 9. Our Predators line will be in stores later this month and will also be featured on our Amazon storefront