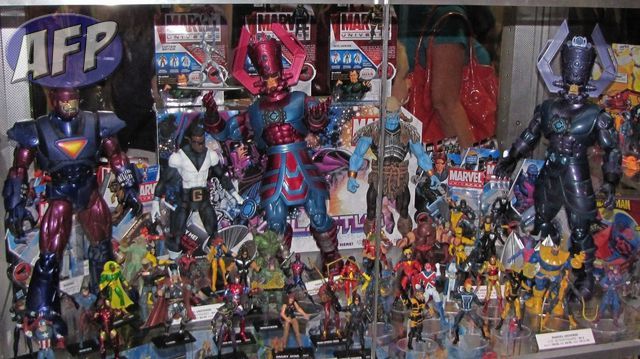 I know that the announcement of Marvel Legends in 2012 was big news at the Hasbro Marvel panel for a lot of long-time Marvel action figure fans, but Hasbro also announced some big items, literally, for this year and next. As you know, Hasbro introduced the Marvel Masterworks line with a 19-inch Galactus, as a blister-carded exclusive at San Diego Comic-Con. 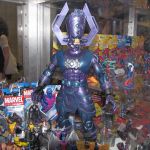 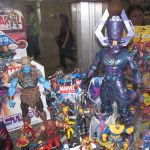 In October, Galactus will hit at retail in different packaging. He’ll include a Marvel Universe Silver Surfer, and will also be available in a variant deco based on his appearance in the Marvel Ultimate Alliance game. 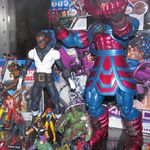 In the spring of 2011, Marvel Universe Gigantic Battles 2-packs will return to Wal-Mart, with two Thor-based sets. There will be a Bill Foster Black Goliath that comes with Ragnarok, the Thor clone also known as Clor. I didn’t think to ask if there was going to be a Bill Foster variant with a missing lower torso piece (spoiler!) The second set will feature a Frost Giant and Loki. 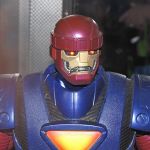 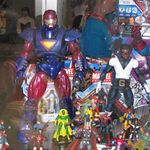 Then, in the summer of 2011, Hasbro will bring back Masterworks with a 16-inch Sentinel. Like with Galactus this year, there will be two decoes. Hasbro said that the Days of Future Past variant will be a San Diego Comic-Con exclusive, though it was unclear if it will also be available at retail. I better win the lottery before then, because I will want to army build these guys! 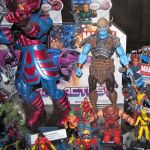 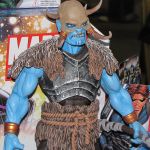 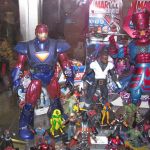 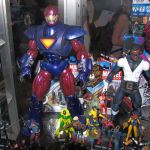