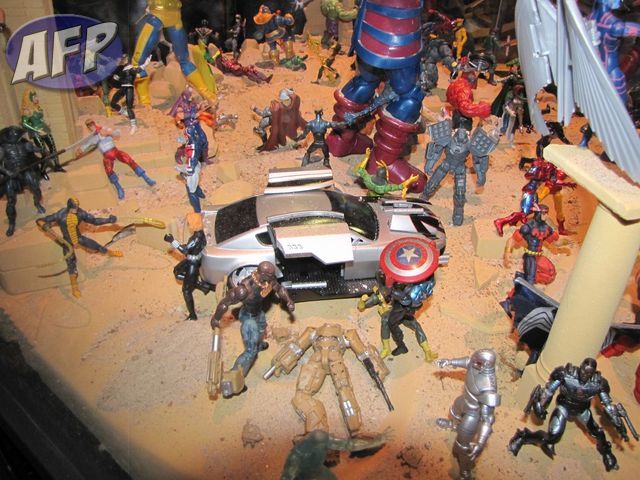 As much as I was psyched for the continuation of the Marvel 6-inch lines, including a relaunch of Marvel Legends in 2012, there was still a ton of stuff to see with Hasbro’s bread and butter line for the brand with Marvel Universe. I’ll be posting more later today, but to whet your appetite, here’s some pics of the SHIELD Hover Car that was tucked into the Marvel Universe diorama.

I asked the team on the show floor about the SHIELD car, and they told me it was a prototype that they’ve had for a while and decided to bring with them. It’s not slated for production yet, but who knows what the future will bring? The vehicles and playset question was also asked at the Hasbro Marvel panel (by Critical Messer SDComics) and the answer was still uncertain.