OK. Twilight’s not exactly my thing. But back when we were still hoping for Series 2 of NECA’s Teenage Mutant Ninja Turtle line, Randy Falk told me that Twilight was NECA’s biggest selling line. My wife and I saw these at Toys R Us the other day – she wasn’t interested, but I think if NECA made some vinyl figures there’s another Twilight market ready to bust wide open! 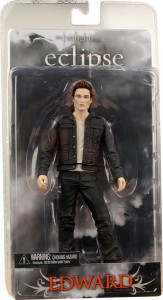 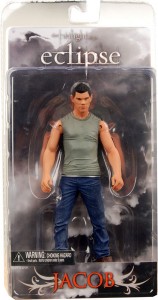 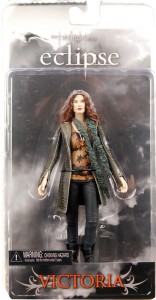 It’s only the biggest cultural phenomenon of the last decade, so if you’ve been missing out on the whole Twilight thing, that’s perfectly understandable. Or not. At all.

The newest movie chapter in this bona fide saga, Eclipse, is the most massive yet, and you know NECA’s right in there, bringing you all the supernatural goodies you can handle and then some. Whether you’re pulling for Edward or Jacob, you’re definitely going to want to check out our newest line of Eclipse 7″ action figures!

It’s a hard choice, vampires or werewolves, and we figured why make it when you can have both? Eclipse series one features both Edward and Jacob in all their brooding/hyper-abdominal glory, plus the first Twilight villain ever to be made into an action figure (and we’d know, since we’re the ones making them), Victoria!

All three figures are available now, featured on our Amazon storefront

, and if you haven’t yet seen our official Eclipse store