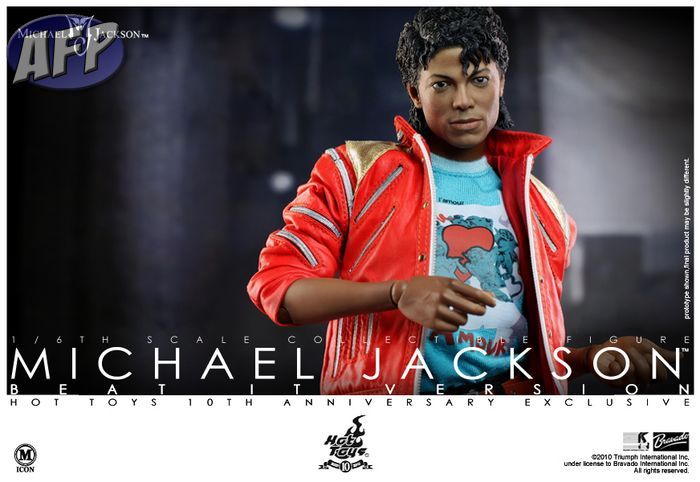 Here’s a closer look at the Beat It version of the Michael Jackson exclusive Hot Toys figure, celebrating Hot Toys’ 10th Anniversary. This figure will be available in Japan at Hot Toys’ 10th anniversary celebration event. This figure will be priced at around $223 dollars (converted from 18,000 Japanese Yen) and limited to 4,000 pieces, if I read the translation correctly.

Paying tribute to our King of Pop, Hot Toys is presenting the collectible figure of Michael Jackson portraying his image in his iconic song “Beat It” in 1982 as one of the three exclusive items. The highly detailed collectible figure highlights the authentic head sculpt, multi-layered stereoscopic hair sculpture and costume in the music video.