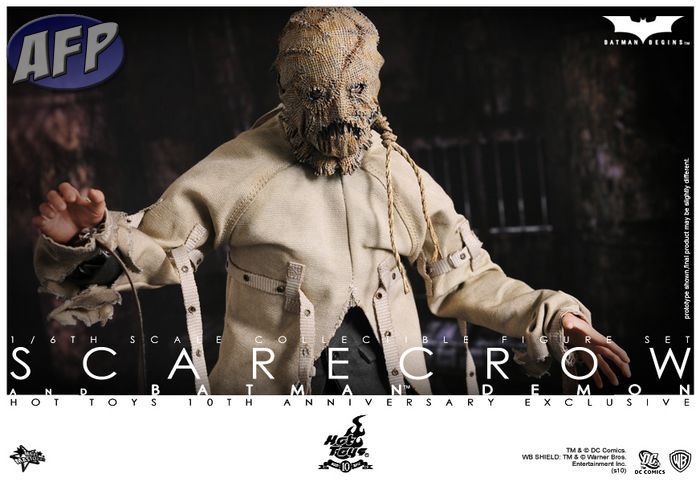 Here’s a closer look at the Batman Begins Demon Batman and Scarecrow exclusive Hot Toys figure set, celebrating Hot Toys’ 10th Anniversary. This set will be available in Japan at Hot Toys’ 10th anniversary celebration event. This set will be priced at around $348 dollars (converted from 28,000 Japanese Yen) and limited to 4,000 pieces, if I read the translation correctly.

I’m not too jazzed about the Demon Bats, but I may need to find a way to get the Scarecrow on his own.