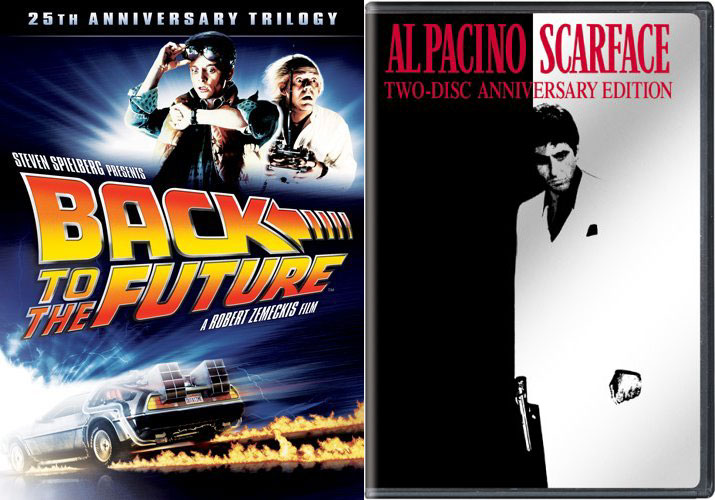 There was lots of buzz today about Mattel acquiring the rights to Back to the Future that originated, of all places, on the Shocker Toys Facebook page. Some intrepid Google searching confirmed that the deal was one among many new licensing deals for Universal. Speculation is already starting about whether this will be a MattyCollector.com line and if the Four Horsemen will be their design partner, as it is with Mattel’s other classic movie license for Ghostbusters.

Nestled within the licensing announcements was the news that National Entertainment Collectibles (aka NECA) has picked up Scarface. As much as I dig Al Pacino, I hope that we get some of the other characters in the movie. Has there been an action figure with Michelle Pfeiffer’s likeness yet?

A number of merchandise deals have been secured by Universal Partnerships & Licensing for properties including Curious George, Fast & Furious and Despicable Me.

The latest partners include:

Mattel for Back to the Future action figures, accessories and toy vehicles (worldwide)

via Universal Reels In More Than a Dozen Deals – License.