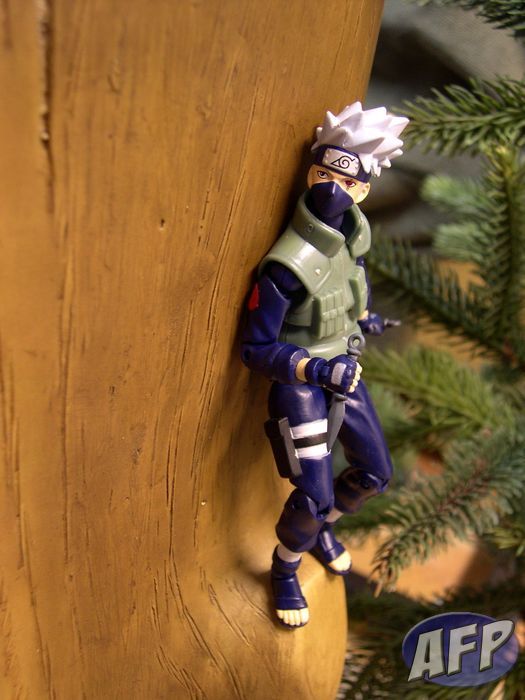 Last time I posted some packaged pics of Wave 1 of Toynami’s 4-inch Naruto Shippuden figures. I’ve since opened them and decided to give Kakashi his own pic review as he is the most awesome of the bunch! 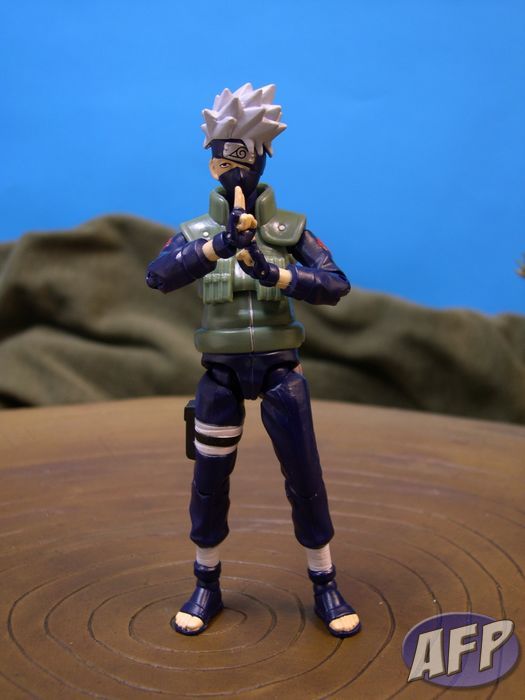 Kakashi’s one of the coolest characters in Naruto, and I’m glad to finally have an articulated figure of him. Toynami did a great job of translating the Leaf Village’s “Copy Ninja” in toy form. He comes with two headsculpts: a regular head where his Sharingan eye is covered by his headband, and one where it is exposed, ready for battle. Both sculpts look really good. If they ever do another Kakashi head they should do one where only his Sharingan eye is open, as I remember when he uses it he closes his normal eye. His regular covered Sharingan head was a pain (literally ‘coz of the spiky hairdo) to get into the neck peg though. I had to shave off a little bit off the hole so it would fit better.

They also did a great job with his body sculpt. The standard Leaf Ninja vest looks great and his costume has some subtle creases and folds. The shoulder pads are made of softer plastic so it doesn’t hamper his shoulder movement. Now that this body has been made, it opens the way for some other characters who wear a similar outfit like Shikamaru and Captain Yamato. 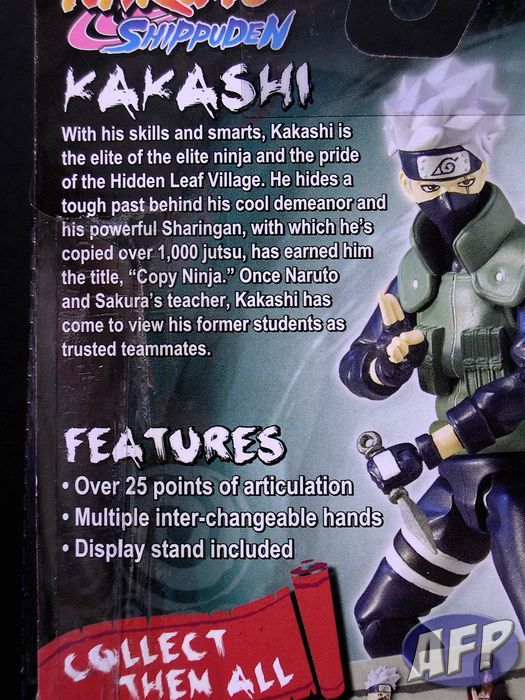 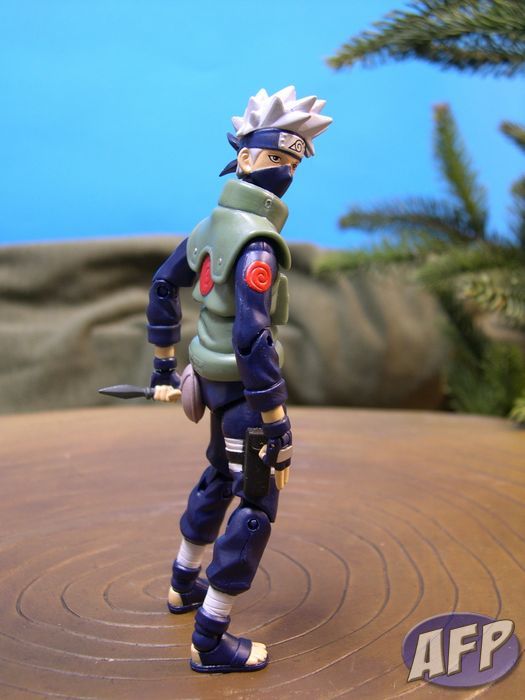 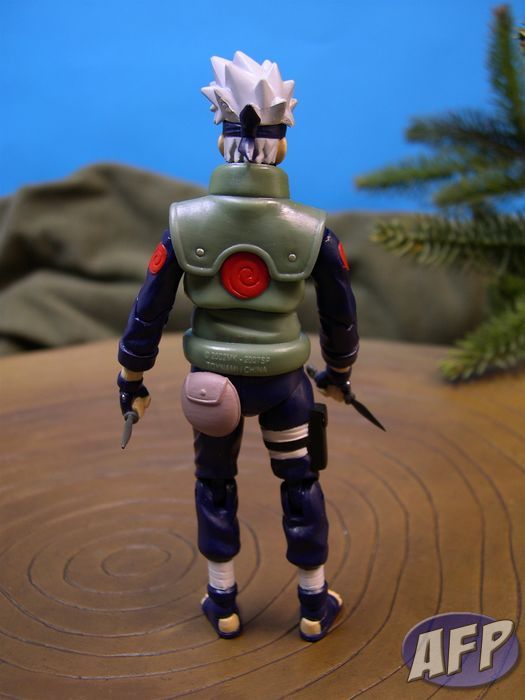 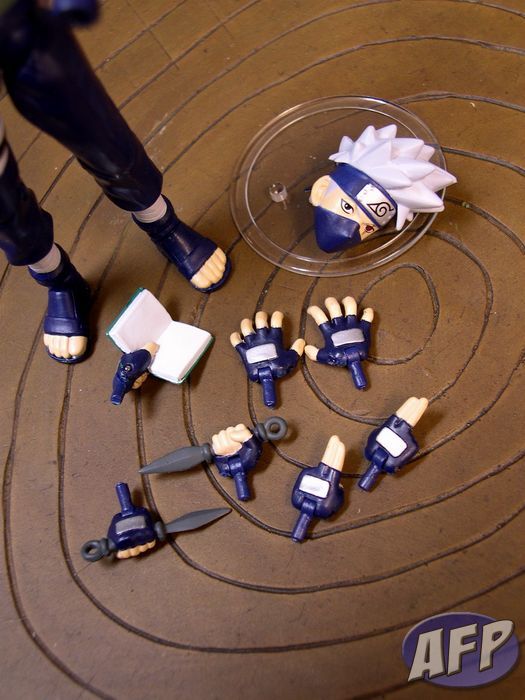 Kakashi also comes with a bunch of interchangeable hands as you can see above. You have the standard seal-forming hands and kunai-wielding hands. They also included Chidori posed hands and my favorite, the hand holding Jiraiya’s Novel, “Make-Out Tactics”. The last hand posed with his regular head makes for some great “novel-reading” poses! In the anime, Kakashi is a big fan of the Jiraiya’s books and he goes crazy when Naruto hands him the latest novel.

He also comes with a clear circular stand which comes handy for some of those running poses. 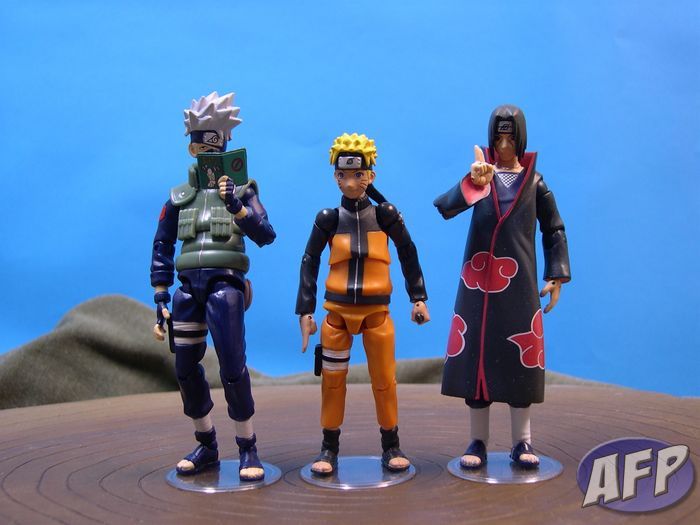 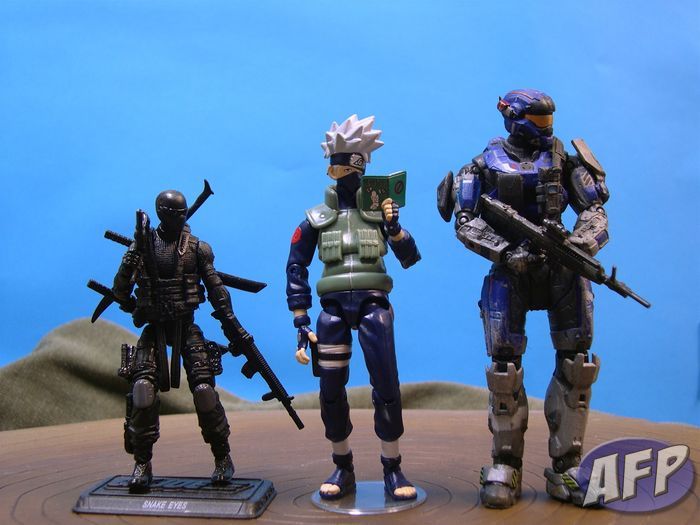 Kakashi measures about 5 inches high, taller than Naruto’s 4.5-inch height. This line’s scale is right in the middle of Joes and McFarlane’s Halo figures.

The paintwork for the most part looks great, I do have a spot of stray green ink around his pelvis which I noticed later on. Also the Leaf Village symbol on his forehead protector seems a tad too big compared to Naruto’s. 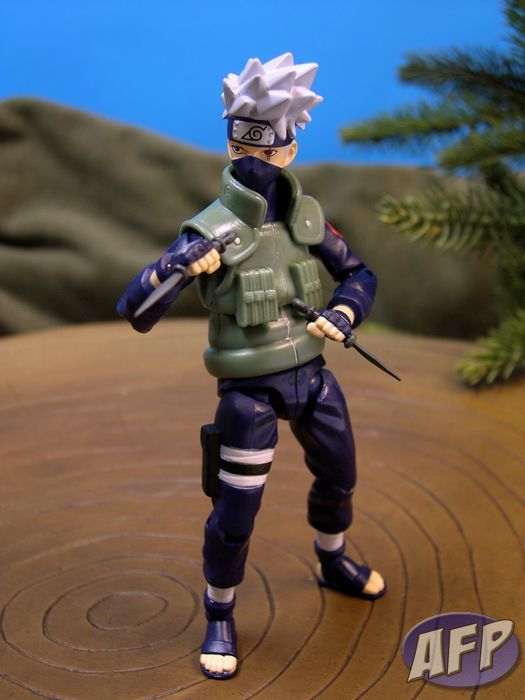 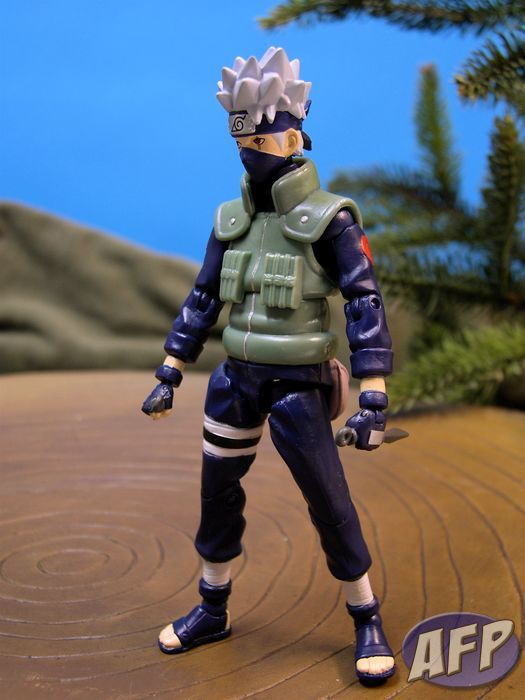 I had a lot of fun posing Kakashi, you can get a lot of classic Kakashi poses out of him.

Like the 2010 SDCC Sage Mode Naruto, he’s got some pretty nice articulation. He’s got some “revoltech” style ball-joints, sans the ratchets, on his neck, shoulders and ankles. His shoulder and hip joints also connect to the torso via ball-joints, adding some more range of movement. Even though, he doesn’t have double-jointed knees and elbows, the joints he does have make for some nice natural standing and action poses.

Out of his package, I immediately had to try his “Make-Out Tactics” novel pose. I thought it was real neat that he could do this pose. 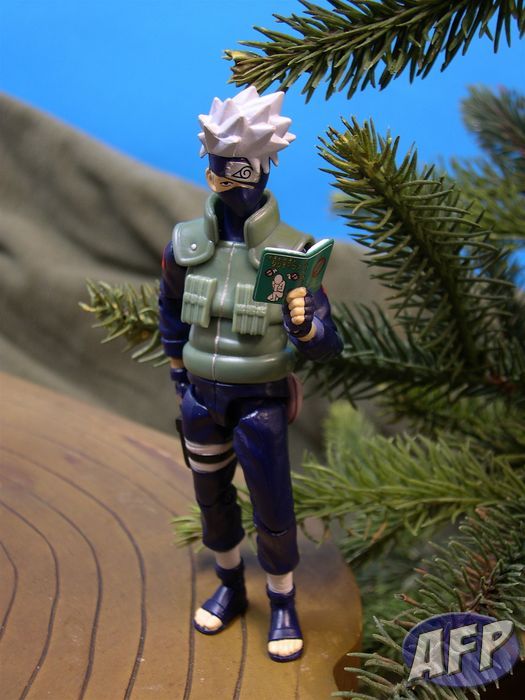 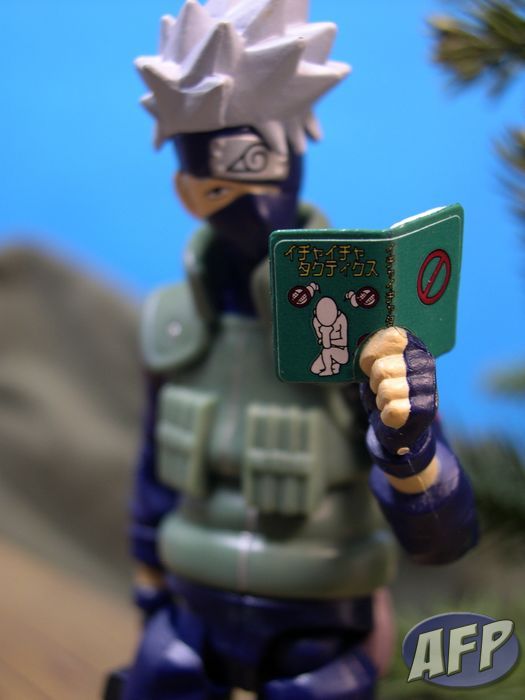 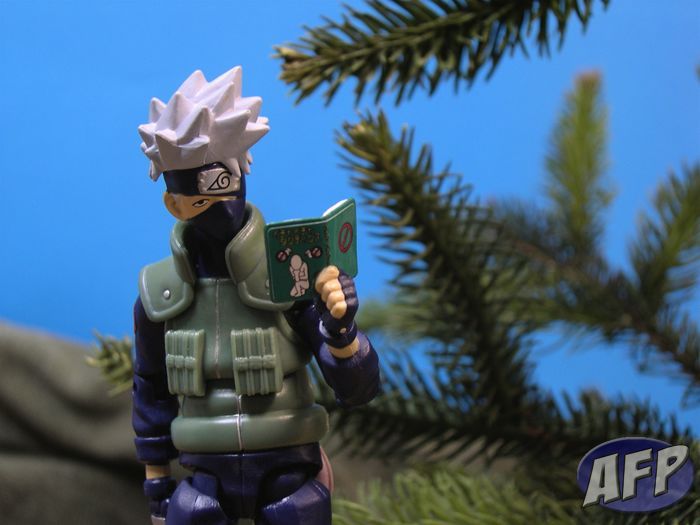 Time for some action shots! 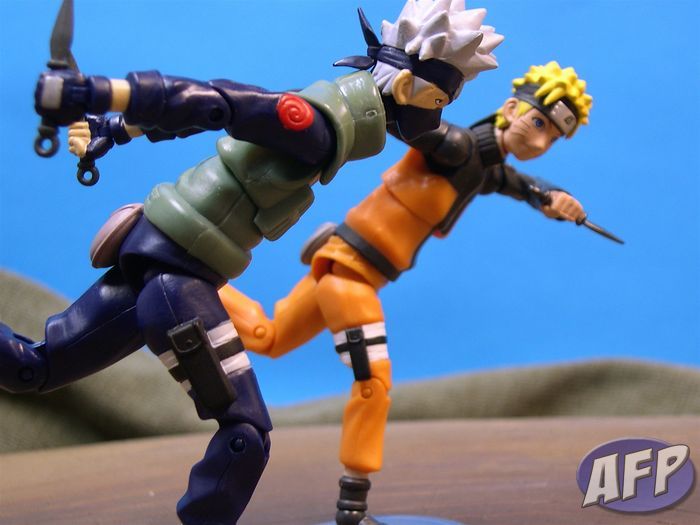 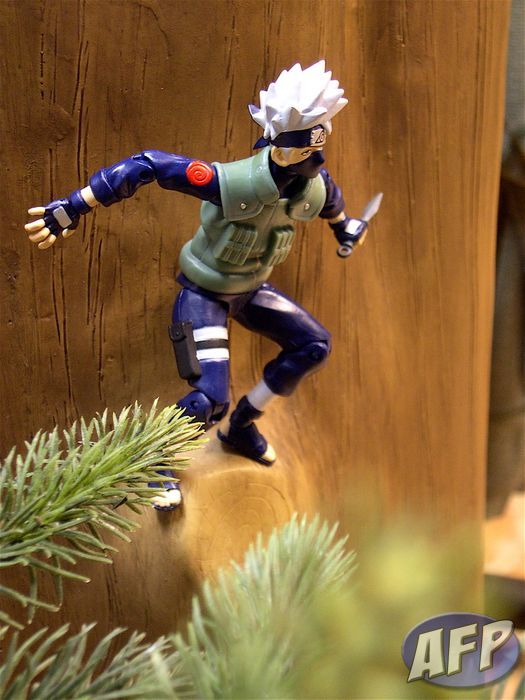 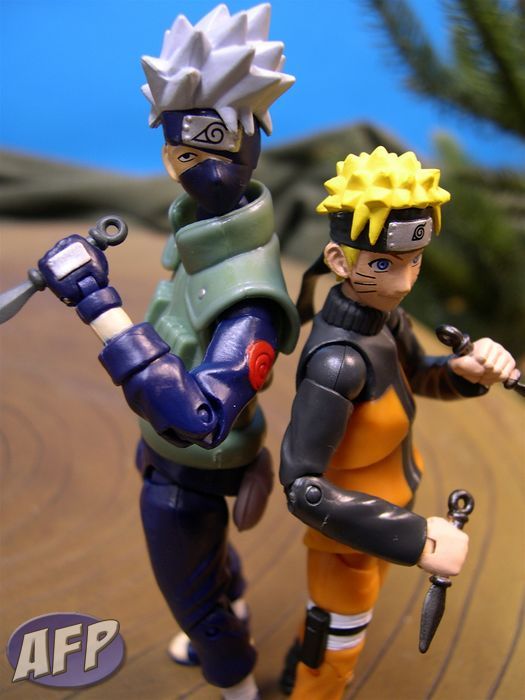 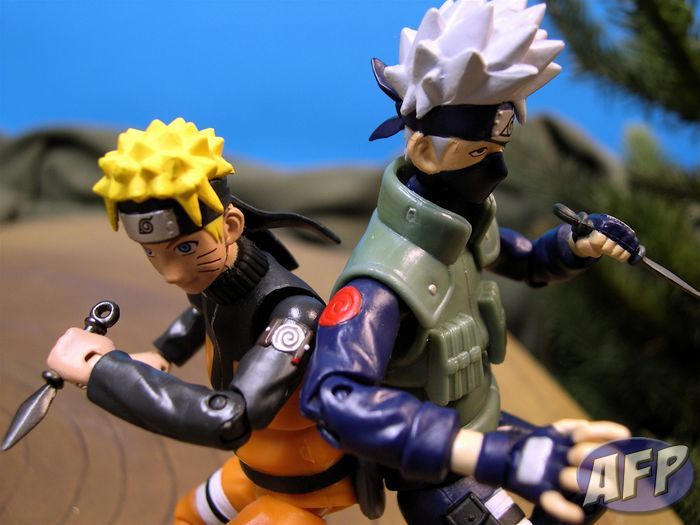 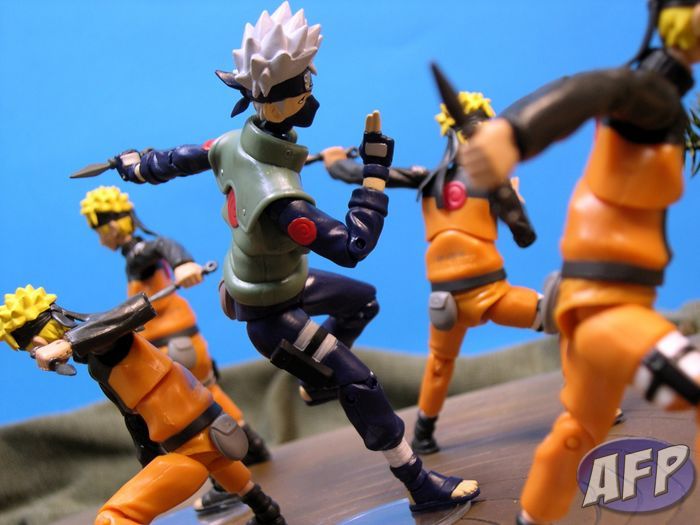 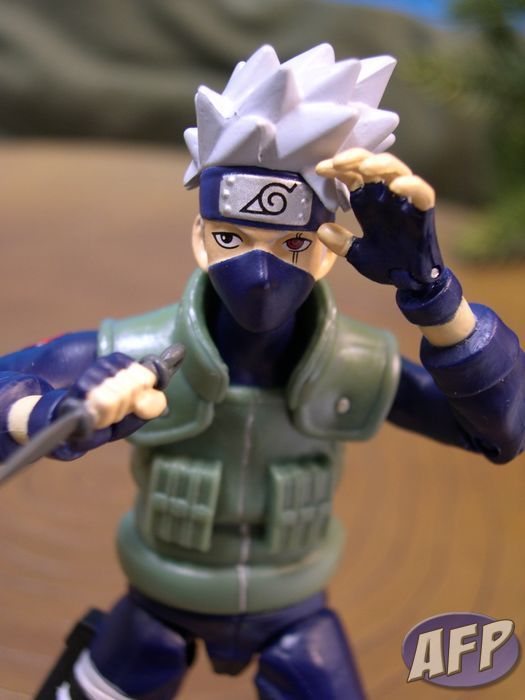 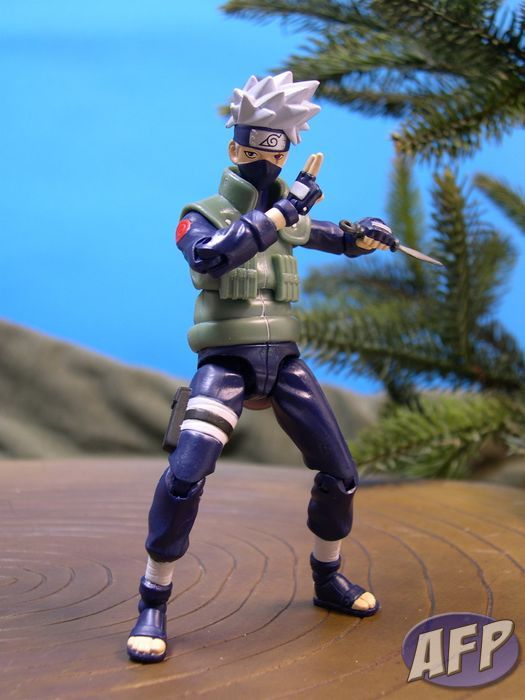 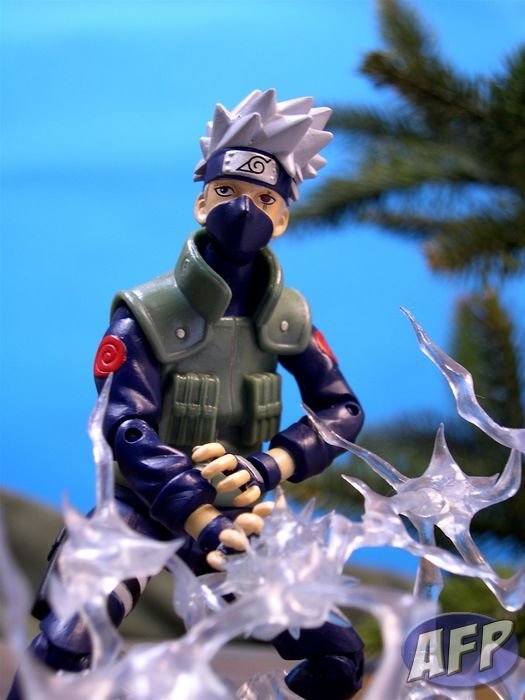 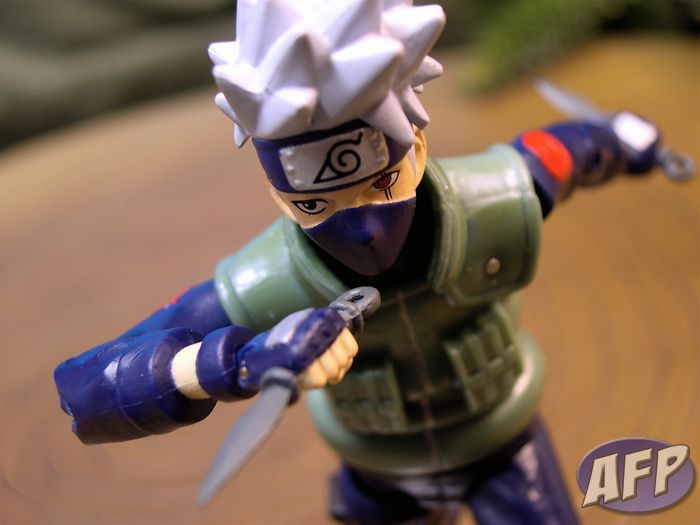 Obviously, I love this figure. It seems someone at Toynami is a big fan of Kakashi, as they really went all out on him, providing him with an extra head a great array of hands, so you can hit most classic Kakashi poses. It felt like I bought a Figma or Revoltech figure for a really good price (individually the figures price about $11 each).

I hope the Toynami people are big fans of Rock Lee as well, so he gets the same “deluxe” treatment (assuming they get to him!)

I’m also looking forward to this body’s reuse for other characters who have a similar costume!

I preordered these Naruto figures last year at Poweranime.com, they were selling them as a set for $32.00. I’ve also seen them online at Big Bad Toy Store and Cornerstore Comics. Some local anime/manga shops carry them in my area, but so far, I haven’t seen them at mass retail at all. I was hoping Toys ‘R’ Us would carry this line as they carry the larger Toynami Naruto static action figures.

If you missed the 2010 SDCC Sage Mode Naruto Pic Review, be sure to check it out as the regular Naruto included in this wave is basically that with a different head and without the coat and large scroll.

That’s it for now, thanks for looking and I hope you enjoyed the pics! 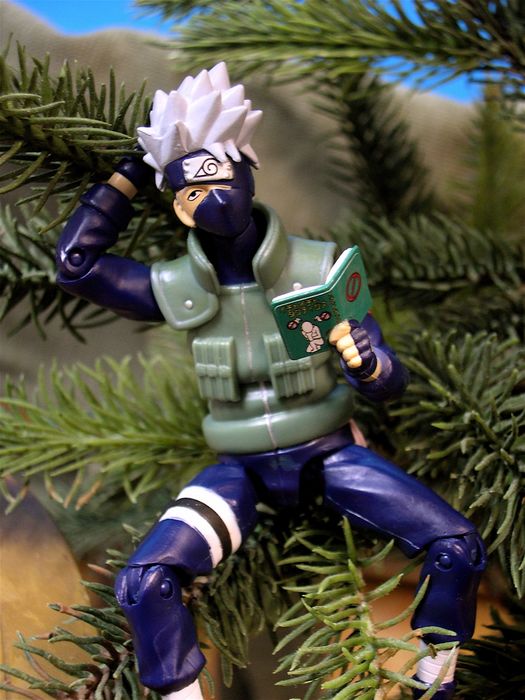