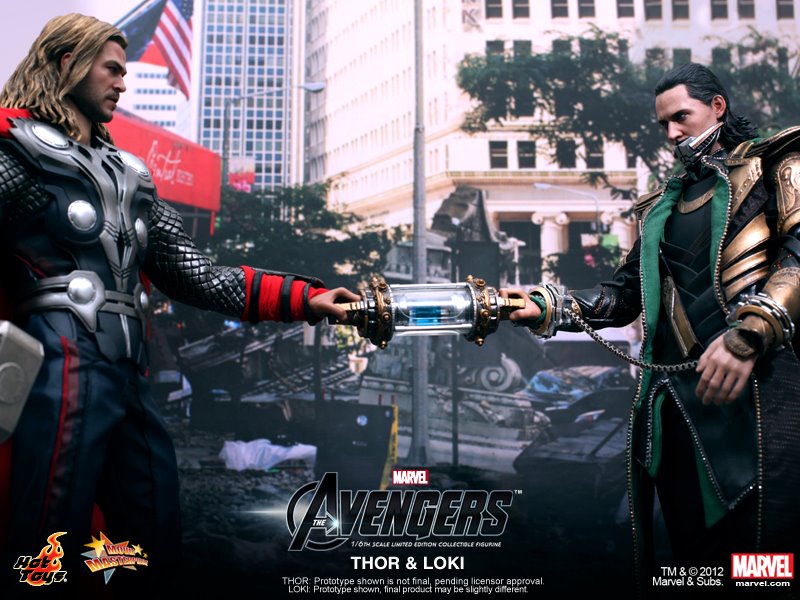 Hot Toys has already announced an impressive lineup of Avengers figures to accompany the movie, which recently became the third movie to top $600MM box office receipts in the United States (the other two being Titanic and Avatar) , but they keep on going. Over the past few weeks, they’ve highlighted:

I do see a slight improvement to the Hemsworth likeness but still think it needs some more tweaking. In contrast, I think they just nailed it for Black Widow. Scarlett Johansson really comes through in this updated figure, much more so than I thought on the original from the Iron Man 2 line – but this is all based on the pics, as I didn’t pick up the first Black Widow.